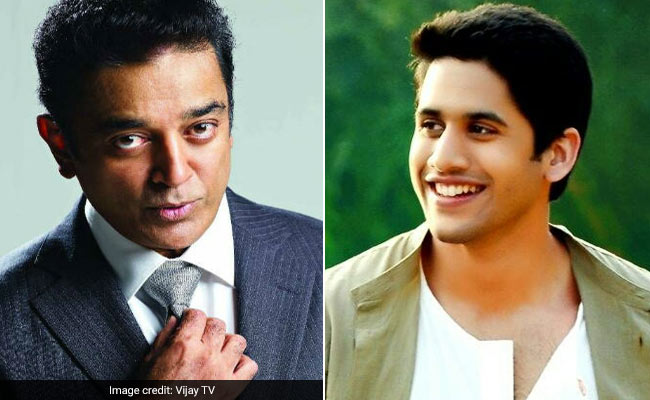 New Delhi: Kamal Haasan, SS Rajamouli, Naga Chaitanya and Ramya Krishnan emerged as top winners of the Nandi State Awards for 2014, 2015 and 2016, which were announced on Tuesday by the Andhra Pradesh state government. The state government felicitates artistes in the Telugu film vis-a-vis the Nandi awards, which was discontinued temporarily in 2014 when a new state Telangana was born. The awards for three successive years were announced collectively today, in which the NTR Award was presented to Kamal Haasan, K Raghavendar Rao and Rajinikanth for 2014, 2015 and 2016 respectively. Baahubali directors S S Rajamouli, Trivikram Srinivas and Boyapati Srinivas won the BN Reddy Award. Actor Naga Chaitanya, who recently married Samantha Ruth Prabhu, won the award in the Best Supporting actor category in 2014 for Manam while Allu Arjun won the award for the Best Character actor category for his role in Rudhramadevi in 2015.

Baahubali, which received record-breaking response at the box-office, shined in 2015. Ramya Krishnan won the Best Supporting actress award for her role as Sivagami and Rana Daggubati won the Best Villain award for portraying Bhallaladeva.

The Nandi State Awards are given by the Andhra Pradesh government. The awards were suspended in 2014, when a new state Telangana was born.

Here are the winners for three years in major categories:

Take a look at the list of the award winners here:

Here is the Press Release for #NandiAwardspic.twitter.com/vTeOvSzeSy

Did your favourite star receive an award?