Namaste England Preview: Parineeti Chopra And Arjun Kapoor Are Back With A New Love Story 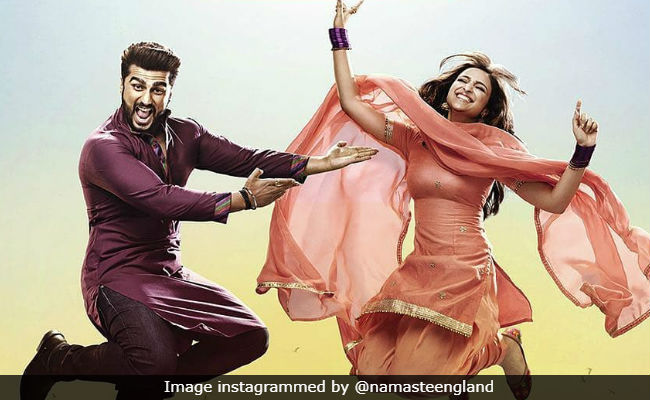 Ishaqzaade co-stars Parineeti Chopra and Arjun Kapoor are back onscreen with another love story to narrate. Namaste England, releasing tomorrow, is the second movie in the Vipul Amrutlal Shah-directed film series - the first was Namastey London, starring Akshay Kumar and Katrina Kaif, which released in 2007. Namaste England is the story of Param (Arjun Kapoor) and Jasmeet (Parineeti Chopra) who are head-over-heels in love with each other. They get married and everything seems perfects. But then, one day, Jasmeet decides to leave Param in India to fulfill her professional aspirations in London. She leaves without taking him in confidence, which breaks Param's heart. However, Param is adamant to make Jasmeet realise what they have is above everything else in the world.

Thus begins Param's journey to London. When Param is not able to go to London by legal means (the trailer doesn't specify why), Param enters the country through illegal methods. In London, while he's trying to convince Jasmeet to return to India with him, a new twist changes the way Jasmeet looks at her relationship with Param.

Watch the trailer of Namaste England:

Will Param and Jasmeet realise true love's worth or does destiny has something else in store for them? The answer will be in theatres near you tomorrow.

Namaste England is Arjun Kapoor and Parineeti Chopra's second film after 2011 film Ishaqzaade. The actors had ample fun during the shooting, as is evident from their promotional posts for Namaste England. In an earlier interview to IANS, Arjun Kapoor also said that Parineeti 'brings out the best in him.'

Namaste England also stars Dijana Dejanovic and Aditya Seal while Akshay Kumar reportedly has a cameo in the film.