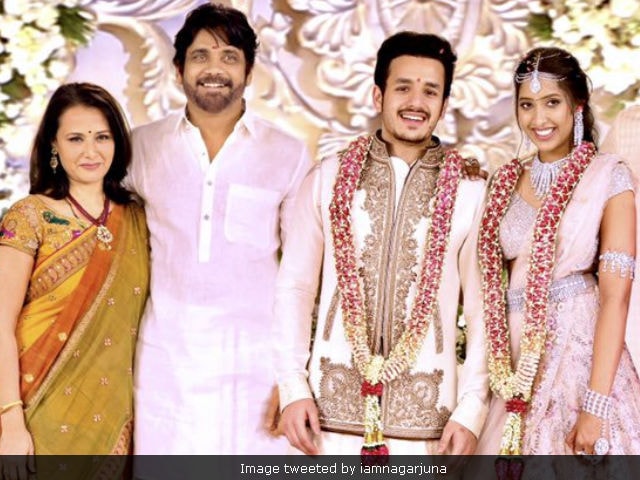 New Delhi: Actor Akkineni Nagarjuna's younger son Akhil's wedding to Hyderabad-based fashion designer Shriya Bhupal has reportedly been called off, according to The New Indian Express. Akhil Akkineni got engaged to Shriya, granddaughter of industrialist GVK Reddy, in a lavish ceremony in December last year. Sources now told the daily that both families have mutually called off the wedding and guests, who were to attend Akhil and Shriya's destination wedding in Italy, have been informed about the decision. However, the families have neither disclosed the reason for calling off the wedding nor have they released an official statement on the matter. The couple was reportedly all set to get married in May this year.

Akhil and Shriya had been seeing each other for almost two years before they got engaged in December. Akhil debuted in films in 2015 film Akhil and will be next seen in this year's film directed by Vikram Kumar. Shriya, who reportedly graduated from Parsons School of Design from New York, is owner of designer label Shriya Som and has worked with actresses Alia Bhatt, Shraddha Kapoor and Radhika Apte.