Nagarjuna shared a screenshot of what his future daughter-in-law, Samantha, had to say about the trailer of Ra Randoi Veduka Chuddam, which is scheduled to arrive in theatres on May 26 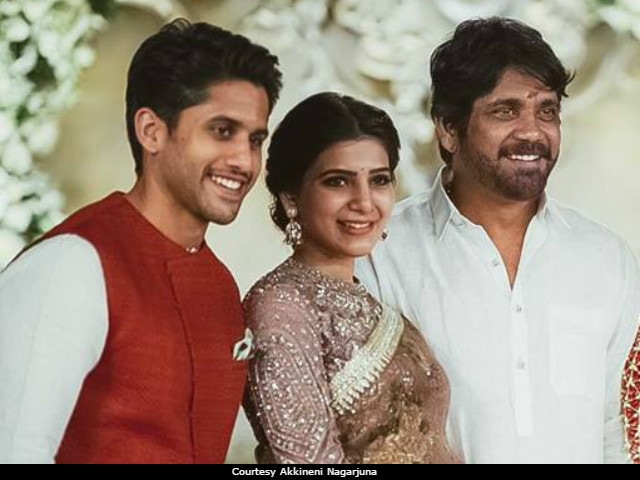 New Delhi: Naga Chaitanya's father Nagarjuna and the 30-year-old actor's fiancee Samantha Ruth Prabhu are both excited about his upcoming film Ra Randoi Veduka Chuddam and there's proof in a WhatsApp conversation. On Wednesday, the Telugu superstar shared a screenshot of what his future daughter-in-law had to say about the trailer of Ra Randoi Veduka Chuddam, which is scheduled to arrive in theatres on May 26. The 30-year-old actress appeared to have been delighted after watching the trailer of the film and wrote: "He (Naga Chaitanya) is looking super and everything works", with several of the dancing girl emoji. The veteran actor captioned the screenshot: "Thanks for the fantastic response to the theatrical trailer of Ra Randoi Veduka Chuddam."

Thanks for the fantastic response to the theatrical trailer of #RaRandoiVedukaChuddam / this is the reaction of my dil @Samanthaprabhu2pic.twitter.com/U3JRTCLPxy

Can't wait for the film #rarandoiVedukachudham . All the very best @chay_akkineni@kalyankrishna_k@Rakulpreethttps://t.co/L8LVjiK30z

Both Samantha and Naga Chaitanya have worked with Nagarjuna in 2014's hit films like Thrayam and Manam. Samantha is also currently filming Raju Gari Gadhi 2, the cast of which is headlined by Nagarjuna.

Promoted
Listen to the latest songs, only on JioSaavn.com
Naga Chaitanya and Samantha got engaged in a star-studded ceremony in January this year and will reportedly have a destination wedding soon. The duo met on the sets of 2010 film Ye Maaya Chesave, which marked their first movie together. Of dating Samantha, Naga Chaitanya had told news agency IANS: "I'm a very private person and I never felt the need to speak about my relationship in public. My friends have known about it for a long time. Then, when we informed our families, they supported our decision."