Nach Baliye 8: What Sonakshi Sinha Has To Say After Missing An Episode 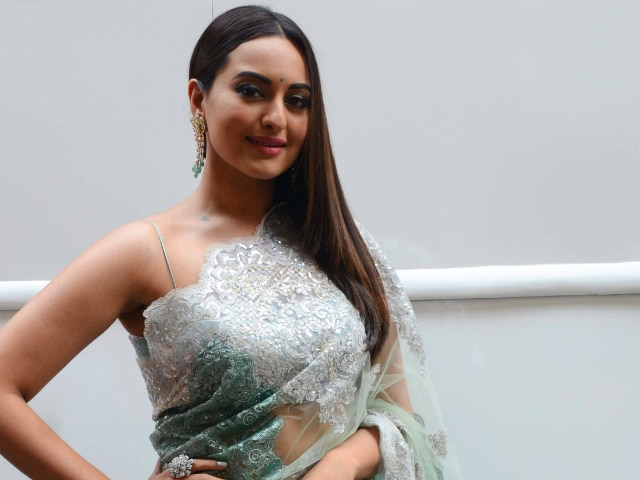 Sonakshi Sinha on the sets of Nach Baliye 8

New Delhi: Actress Sonakshi Sinha, who will not be appearing in TV dance reality show Nach Baliye for few weeks due to her work commitments, has confessed that she is 'missing everyone' on the show. The actress was quoted by news agency IANS as saying: "I really missed everyone. Unfortunately, I couldn't make it this week. My bad luck, I wasn't there to watch them (the contestants) perform. But I am sure they must have given all spectacular performances. I'll be back next week." Actress Malaika Arora has been welcomed as a guest judge in place of Sonakshi in a recent episode. Malaika has also been the judge in previous two seasons of Nach Baliye.

Malaika told IANS: "Anything for dear Sonakshi and for Nach Baliye. It was homecoming for me and I was more than happy to relive old Nach days. It's a pleasure to watch the brilliant couples sizzle on stage."

The recent episode of Nach Baliye, which was shot without Sonakshi, featured Malaika, Shraddha Kapoor and Arjun Kapoor (who came for promoting their upcoming film Half Girlfriend) along with other judges Mohit Suri and Terence Lewis. Also, after Vivek Dahiya who performed without his baliye Divyanka Tripathi, it was Bharti Singh this week who didn't perform with her partner. She performed with her choreographer Savio Barnes. Bharti's fiance Harsh Limbachiyaa got injured during rehearsals.