Nach Baliye 8: Sonakshi Sinha's Mother Is A "Huge Fan" Of This Television Star 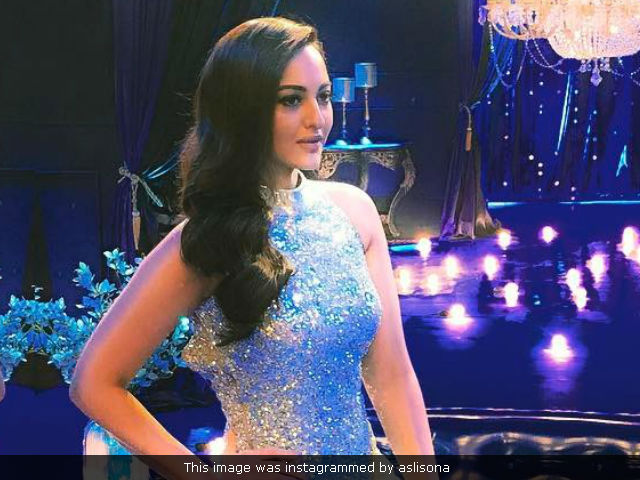 New Delhi: Actress Sonakshi Sinha is all set to feature as a judge on television dance reality show Nach Baliye 8 and the Akira actress told news agency IANS that her mother, Poonam Sinha is a huge fan of Divyanka Tripathi, who will compete in the show with her husband Vivek Dahiya. Divyanka Tripathi currently plays lead on television show Yeh Hai Mohabbatein co-starring Karan Patel and Vivek. Sonakshi told IANS: "My mother is a huge fan of Divyanka. She loves her performance in Yeh Hai Mohabbatein and looks upon Ishi Maa's character on screen and catches her episodes whenever she spares time."

Divyanka, who debuted on the small screen with Banoo Main Teri Dulhann, said: "I hope I can have her on one of the episodes, seek her blessings in person and get a chance to share the stage with her," reports IANS. Sonakshi is already impressed with Divyanka and Vivek and says that after watching them shot for the first episode she feels "They set the perfect example of 'romance wala dance'."

Meanwhile, among other participating couple are Bhojpuri film actress Monalisa, who became a household name after featuring in Bigg Boss 10, and her husband Vikrant. Naagin 2 actress Aashka Goradia will appear on the show with her finace Brent Goble. Bharti Singh and boyfriend Harsh Limbacheye will also put on their dancing shoes. Actor couple Sanaya Irani and Mohit Sehgal (who co-starred in Miley Jab Hum Tum) will also compete on the show. Diya Aur Bati Hum's Dipika Kakar will perform with her husband Shoaib Ibrahim.

Actress Bobby Darling is in talks with the showmakers to enter as one of the wild card couples. Bobby Darling told The Indian Express: "Yes it is true that we are in talks about the wild card entry, but we are negotiating, so I can't tell you for sure that I and my husband will be seen dancing on Nach Baliye 8 for now."

Promoted
Listen to the latest songs, only on JioSaavn.com
Nach Baliye 8 will be aired on Star Plus starting from Sunday.