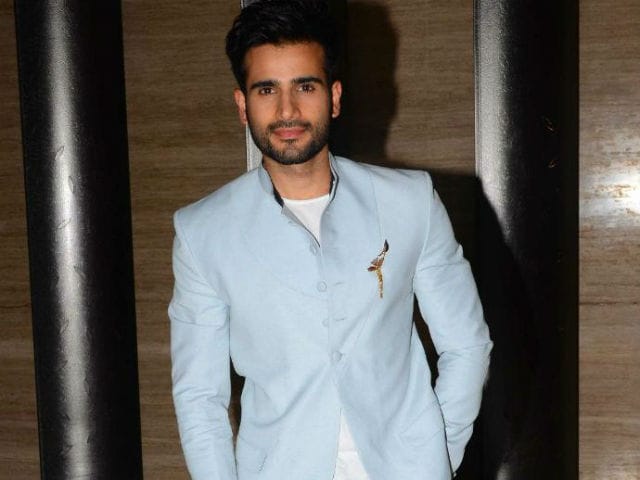 New Delhi: Actor Karan Tacker, who was last seen as a lead star in Ek Hazaaron Mein Meri Behna Hai, is all set to host the eighth season of couple dance reality show Nach Baliye, reports Mumbai Mirror. Karan has replaced actor Karan Singh Grover as the host. Mumbai Mirror reported that Karan Singh Grover was approached to host the show with his wife Bipasha Basu, however, due to creative differences with the couple, Karan Tacker was finalised as the host. Karan Tacker had earlier hosted singing reality show The Voice and was declared as the first runner up in the dance reality show Jhalak Dikhhla Jaa season 7.

On hosting Nach Baliye 8, Karan told Mumbai Mirror, "This is the first time I will see it that too live. The format is being altered slightly, it'll be a little more straight-jacketed but fun."

The 30-year-old actor is rumoured to be dating her co-star from Ek Hazaaron Mein Meri Behna Hai Krystle D'Souza. However, refuting the reports, he told Mumbai Mirror that he's single and hence cannot be a participant on the show.

Meanwhile, on Tuesday, it was reported that Bipasha Basu backed out of a fashion show in London at the last minute despite being paid an advance fee. She was accused of being 'unprofessional' by the organisers. However, the Alone actress denied and described the reports to be "utter rubbish."

Promoted
Listen to the latest songs, only on JioSaavn.com
Karan said that he's excited to host the show and said that reality shows are "fun" and since he now loves dancing, viewers can see a couple of his performances too on Nach Baliye 8.

Divyanka Tripathi and Vivek Dahiya, Rohan Mehra and Kanchi Singh, Monalisa and Vikram Singh Rajput, Abigail Pande and Sanam Johar, Drashti Dhami and Neeraj Khemka and Rochelle Rao and Keith Sequeira are likely to be this year's contestant on the show. Few weeks ago, India TV reported that Sonakshi Sinha will be judging the contestants with choreographers Saroj Khan and Terrence Lewis.