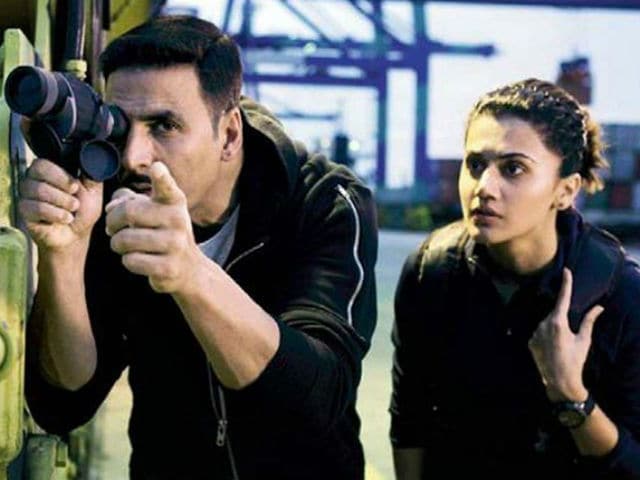 New Delhi: Filmmaker Neeraj Pandey, who is producing Taapsee Pannu and Akshay Kumar's upcoming film Naam Shabana, said that he has "deliberately" shown less portions of the actor in the film as he does not want to mislead the audience, reports news agency PTI. "We don't want to mislead the audience in believing that everyone is part of the film and it's on the lines of Baby. It's based on her (Taapsee) character it's a spin-off. She leads the cast," Mr Pandey told PTI. Naam Shabana, a spin off 2015 film Baby, stars Taapsee Pannu in the lead role. Akshay and Anupam Kher reprise their roles from Baby while Manoj Bajpayee and Prithviraj Sukumaran have joined the cast now. Neeraj further told PTI that he is open to make more films under Baby franchise if the film works.

Mr Pandey said he doesn't write stories based on any actor. "I don't keep actors in mind. I write the story, and then offer it to actors who I feel will be apt," he told PTI. Akshay Kumar, Anupam Kher and Manoj Bajpayee have mostly been a part Mr Pandey's films. Of casting the actors, he told PTI, "I don't write anything in particular for any actor be it for Akshay, Anupam or Manoj. The actor has to fit into the part. There is nothing like a tailor-made role for an actor except for Naam Shabana where the characters are already in place."

Promoted
Listen to the latest songs, only on JioSaavn.com
Neeraj Pandey is best known for films like M S Dhoni: The Untold Story, Baby, A Wednesday, Rustom and Special 26.