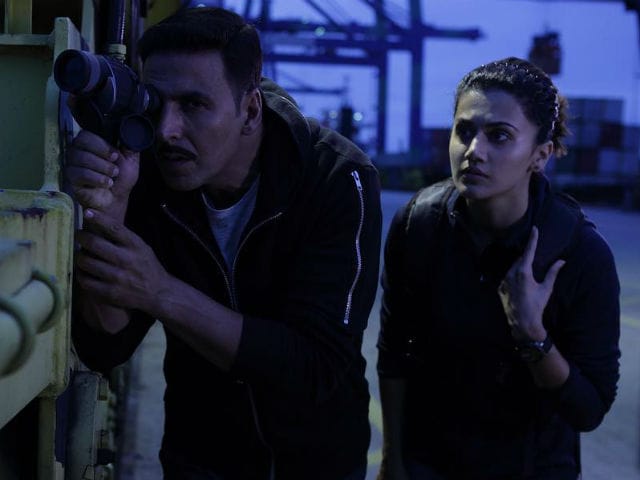 "Naam Shabana is an actioner that fails to paper over its many gaps - and certainly not for want of trying. Taapsee's phlegmatic action heroine act, which is helped along by a value-enhancing cameo by Akshay Kumar, gives the film its occasional high points. Naam Shabana, for all its avowed aspirations, it rarely ventures beyond the trite and tested. Watch it only if standard-fare action dramas do not put you off," wrote Saibal Chatterjee in his review for NDTV Movies.

Promoted
Listen to the latest songs, only on JioSaavn.com
Taapsee Pannu, who will begin shooting for her next film Judwaa 2 soon, took off time from her busy schedule to holiday in Bangkok with her sister and friends.

This Friday, Vidya Balan's Begum Jaan will hit the theatres.