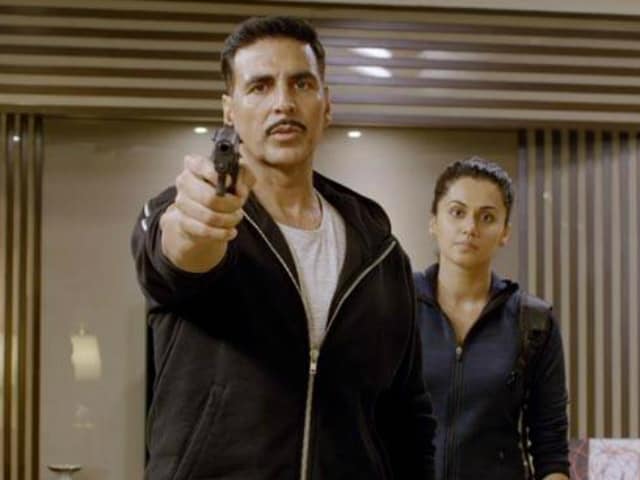 Akshay Kumar has an extended cameo in Naam Shabana

New Delhi: Actor Akshay Kumar, who is shooting for Padman, hosted the first screening of Naam Shabana for Delhi women police officers. Akshay, 49, shared a picture of him with Naam Shabana lead actress Taapsee Pannu in a theatre full of female police officers in uniform. The actor captioned the image as: "Enjoyed my 1st screening of Naam Shabana last night with these Brave Female Police Officers of Delhi #NothingButRespect." Akshay has an extended cameo in the movie, which is a prequel of his 2015 movie Baby. Naam Shabana, which is hitting the theatres on March 31, also stars Manoj Bajpayee, Anupam Kher, Danny Denzongpa and Prithviraj Sukumaran in pivotal roles.

Also, Taapsee Pannu shared a self defence video, ahead of International Women's Day 2017 and encouraged them to learn self-defence. Later she said, "It's time for us to be responsible for our own safety and learn to protect ourselves."

Promoted
Listen to the latest songs, only on JioSaavn.com
Taapsee plays the role of an undercover agent in Naam Shabana, directed by Shivam Nair, and has undergone rigorous training sessions to learn martial arts in order to perform action-packed sequences.

Akshay is also awaiting the release of Toilet: Ek Prem Katha, which will clash with Shah Rukh Khan and Anushka Sharma's untitled film, directed by Imtiaz Ali. He is also making his debut in Tamil film industry with 2.0, co-staring superstar Rajnikanth.