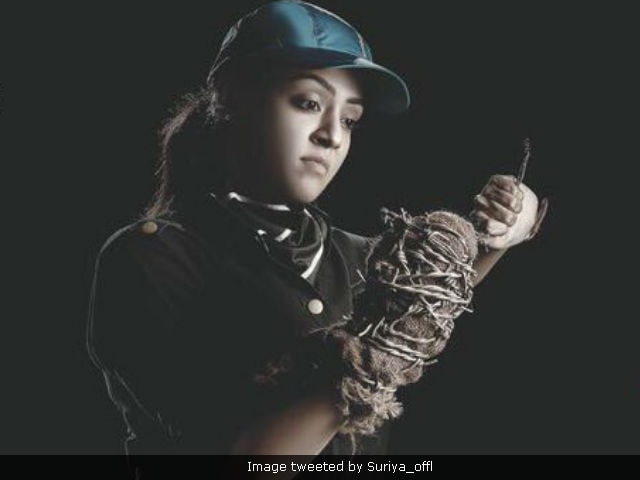 New Delhi: Actor Suriya shared the first look of his wife Jyothika's upcoming film Naachiaar on social media on Tuesday. Jyothika will work with director Bala in the film and a day after the announcement both Jyothika and Bala occupied the top trending spots on Google. Suriya, 41, whose latest film Singam 3 was a hit, shared a message for Jyothika along with the poster of Naachiaar. he captioned the film's poster as: "Jo you're always blessed and deserve the best!! Can't be more happier to tweet First Look of Bala Anna's #Naachiaar #Jyotika #DirectorBala (sic)." Bala has produced Suriya and Jyothika's 2005 film Maayavi.

Here's the first look of Jyothika's film with director Bala:

Jo you're always blessed and deserve the best!! Can't be more happier to tweet First Look of Bala Anna's #Naachiaar#Jyotika#DirectorBalapic.twitter.com/1yk43mEqAR

Jyothika was last seen in Tamil film 36 Vayadhinile, directed by Rosshan Andrrews and produced by Suriya. She returned to the big screen after a gap of four years. Jyothika has also signed up for Magalir Mattum, also produced by Suriya.

Promoted
Listen to the latest songs, only on JioSaavn.com
Jyothika and Suriya are co-stars of films like Poovellam Kettuppar, Uyirile Kalanthathu, Kaakha Kaakha, Perazhagan, Maayavi, June R and Sillunu Oru Kaadhal. They got married in September 2006 and are parents to 9-year-old daughter Diya and son five-year-old son, Dev.

Meanwhile, Suriya was last seen in Si3 (or Singam 3) and is currently filming Thaana Serndha Kootam.