Taapsee Pannu plays the role of a lawyer determined to clear her client's name, who she believes is being targeted because of his religion 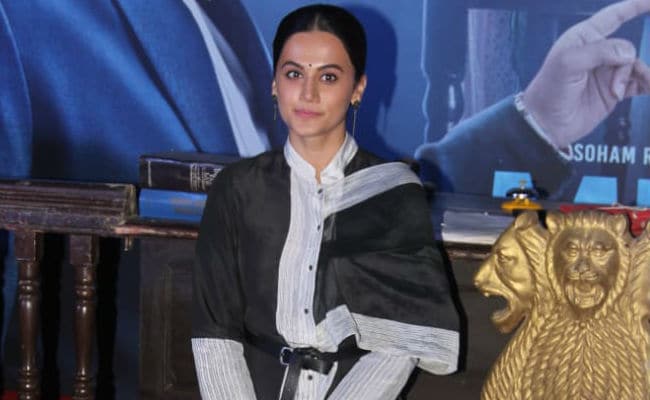 Taapsee Pannu at an event to launch the trailer of Mulk in Mumbai.

In upcoming film Mulk, actress Taapsee Pannu plays the role of a lawyer determined to clear her client's name from treason allegation because she believes he's being targeted because of his religion. Speaking to media at the trailer launch event of Mulk Taapsee said it's "disturbing that a particular religion is targeted like that," reports news agency IANS. She explained how her life is also affected by this. "It is disturbing to see it happens because my life is run by Muslims. My manager, my driver, my housemaid...are all Muslims and they are an inseparable part of my life. This is one of the reasons why I chose to do this film. If somebody has to stand up to address the issue, then I would love to take the responsibility. Doing this movie was a way of venting out how disturbed I felt because of how Muslims are treated."

On the message that Mulk is trying to give, Taapsee said she has given her best to the film. "This is not the government's matter to address, it is ours. That's what we are trying to express in the film and whatever dialogues I have said in the film I have done it with all my heart. So, I hope when the film releases on August 3, and the audience watches the film, they will be able to understand how we all feel about this issue."