In Ajay Devgn vs CID, Actor Is One Step Ahead. Because, Drishyam 2 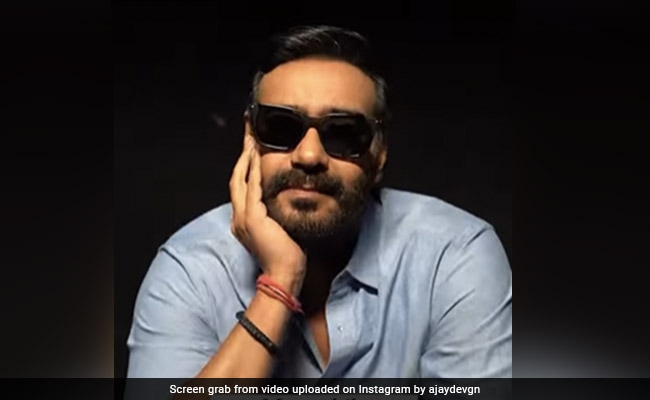 Ajay Devgn in a still from the video. (courtesy: ajaydevgn)

Move over Goa police. ACP Pradyuman and his team are here to solve Vijay Salgaonkar's case. But will they succeed? Getting too confused? We are talking about Ajay Devgn's upcoming film Drishyam 2, which picks up from where the first part – released in 2015 - concluded. The movie series shows the story of Vijay Salgaonkar, who tricks the police after his daughter accidentally kills the son of a cop. To save his daughter, Vijay Salgaonkar fabricates a story and derails the police in the investigation in 2015's Drishyam. Now, ahead of the release of the sequel, Ajay Devgn shared a witty clip featuring himself and… (drum roll) ... the renowned CID team. ACP Pradyuman and his squad - Sr. Inspector Daya and Sr. Inspector Abhijeet – are trying their best to find out what exactly happened on October 2 and 3. Vijay Salgaonkar and his family committed the murder and hid the body on these two dates. Going by the clip, it appears that the CID team is going through a tough time.

With the music of Snoop Dogg's Sensual Seduction playing in the background, the clip opens with solo shots of ACP Pradyuman (played by Shivaji Satam), Daya (Dayanand Shetty) and Abhijeet (Aditya Srivastava). Ajay Devgn is seen waiting for them to solve the mystery. “ACP squad trying to find out 2 aur 3 October ko kya hua tha (ACP squad trying to find out what happened on October 2 and 3)?” read the text on the clip. Then, in the next show, Ajay is wearing black shades with a smirk on his face. The text, “Meanwhile, Vijay Salgaonkar…” flashes on the screen.