Mother's Day 2019: Kapil Sharma Gets Emotional As He Welcomes His Mother On Show

It feels nice to watch him, said Kapil Sharma's mother 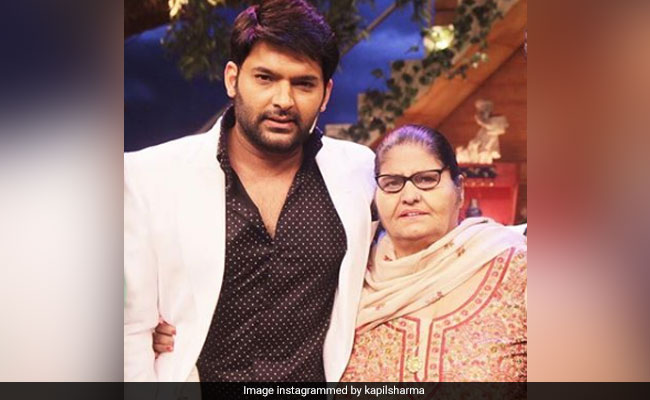 One of the renowned comedians of India, Kapil Sharma will celebrate Mother's Day in quite a different style this year. The comedian-turned-actor teased a video of the upcoming Mother's Day special episode on social media where he can be seen introducing his mother, Janak Rani, to the audience of The Kapil Sharma Show and thanking her for selflessly taking care of him. Talking about his mother's greatness, Kapil said that she has always been there for him on his set and that only a mother can care about you irrespective of all the hurdles. His mother says in the clip: "It feels nice to watch him." The mother-son bond surely left us in awe.

In the video, Kapil Sharma can be seen hugging his "superstar" mom and saying "I love you" to her.

Next weekend. The one n only #superstar my mother #mothersday special #love #blessings #mother @sonytvofficial

Their third wedding reception was held in Delhi which was attended by Sohail Khan, Yuvraj Singh, Vatsal Sheth and Mika Singh

Kapil Sharma returned to the small screen with the second season of his famous The Kapil Sharma Show after a hiatus of nine months.