Morgan Freeman Wants to Make a Film in 'Fascinating India' 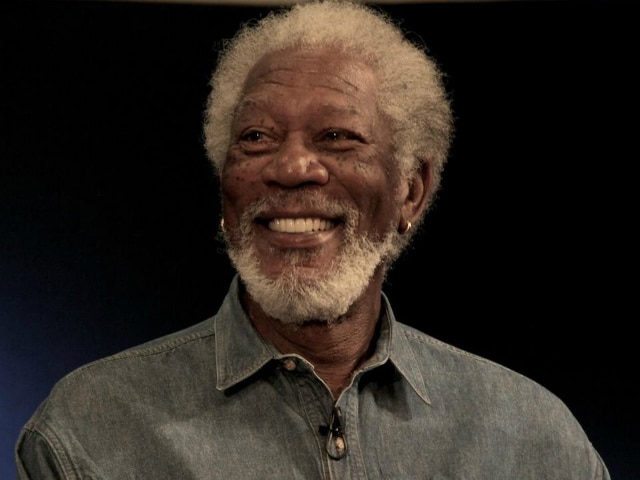 New Delhi: He has twice played God on screen, and now he's taking the small screen route to explore 'the story of god' in a documentary series for which he paid a maiden visit to India last year.

One of American cinema's most recognisable figures, Morgan Freeman, said that he's fascinated with the "differences" that the country has to offer and that he'd love to return to film a movie.

"I would primarily like to go to India and make a movie. I'd like to be there for a while. Some time ago I had a great idea, a great movie idea. It wasn't mine, it was someone else's. It wasn't well thought out, but it was such a great idea and I would really like to do something like that in India," Mr Freeman told IANS in an interview during a conference call with select Indian media. (Also Read: Coldplay's New Video Accused of 'Reinforcing Stereotypes' About India)

During his tryst with India for National Geographic Channel's The Story of God, he visited Bodh Gaya and Varanasi - cities which are of religious significance - to bring forth the nation as a melting pot of myriad religions, faiths beliefs and traditions.

Mr Freeman, who has left a lasting impression with his persona in movies like The Shawshank Redemption, Seven, Bruce Almighty and Million Dollar Baby, visited seven countries for the series in a quest to find out how religion has evolved through the course of civilisation, and how it has shaped the evolution of society.

He visited iconic places like Jerusalem's Wailing Wall, Mayan temples in Guatemala and the pyramids of Egypt. In India, though, Mr Freeman said that he could not put his mind "around the traffic" in Varanasi, one of the oldest cities in the country which he found "extraordinary".

"For me, I was a little surprised by India. I was trying to understand how people associate with one God to another. It was completely interesting and new," he said.

Those sentiments also describe his journey into some of the world's key religious sites, ruins of ancient civilizations, and in cutting-edge science laboratories for the six-part series which will go on air on April 15. Mr Freeman, Lori McCreary and James Younger are the executive producers of the series.

Religion is often seen as something that divides but the series illuminates the similarities among different faiths.

Did The Story of God affect Mr Freeman's personal beliefs about the Almighty?

"I have been asked if my beliefs changed. I'd say no. But affected personally? Absolutely! Learning these different cultures around the idea of god was very fascinating," said the Academy Award-winning star, who found himself in a "spiritual limbo dealing with Hinduism because for one thing, it seems to be a tough religion".

Is he a god-fearing person?

"No, no. The god I believe in doesn't scare me, so I'm not god-fearing at all," Mr Freeman told IANS, adding that "if the job comes along, the script is right, and the money's good", he will play god again on the big screen.

And every once in a while amid his busy schedule, Mr Freeman finds time to do documentaries such as this as he feels there's "an obligation to make positive changes in the world".