Mom Teaser: Sridevi Is Example Of What Happens When 'A Woman's Challenged' 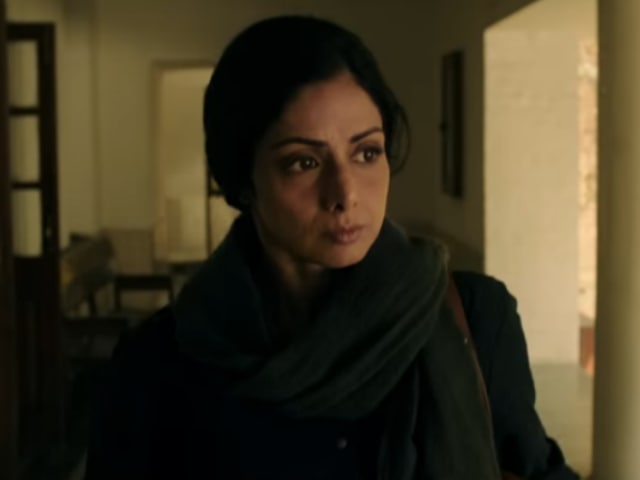 Mom Teaser: Sridevi in a still from the teaser

New Delhi: The first teaser of Sridevi's upcoming filmMom is here and is super-interesting. Sridevi rounds off the teaser with the words "Galat aur bahaut galat mein se chunna ho to aap kya chunenge?" This appears to be the dilemma Sridevi's character faces in the film. Sridevi plays the protagonist and exemplifies what happens "When a woman is challenged." "In MOM, is the wrath of God," wrote Sridevi when she shared the teaser, which has been loved by Twitter in general and Karan Johar in particular. "What a fantastic teaser! Sridevi is outstanding as always!" tweeted the 44-year-old filmmaker. The one-minute-long trailer is a collage of chronologically arranged series of nail-biting moments and is punctuated by flash backs and glimpses of Sridevi's happier times with her daughter.

In Mom, the protagonist (Sridevi) appears to seek revenge for an unfortunate incident concerning her daughter. Sridevi's character appears resolute, strong-willed and determined to have her revenge. The teaser also features Akshaye Khanna and Sunil Manchanda but Nawazuddin Siddiqui, who also stars in the movie, makes an appearance in which he can only be identified with difficulty. Nawazuddin Siddiqui also his presence felt with his impactful narration in the motion poster of the film, released in March.

Watch the teaser of Mom here:

Promoted
Listen to the latest songs, only on JioSaavn.com
With Mom, Sridevi stars in yet-another women-centric film after Gauri Shinde's English Vinglish, with which she made a comeback after 15 years. Produced by her husband Boney Kapoor, the cast of the film also includes Abhimanyu Singh and Pakistani actor Adnan Siddiqui in significant roles.

Directed by Ravi Udyawar, Mom's music has been composed by music maestro A R Rahman. Mom is scheduled for July 14.