MOM: China Will Get To See Sridevi On The Silver Screen One Last Time

Sridevi won a National Award posthumously for her role in MOM. 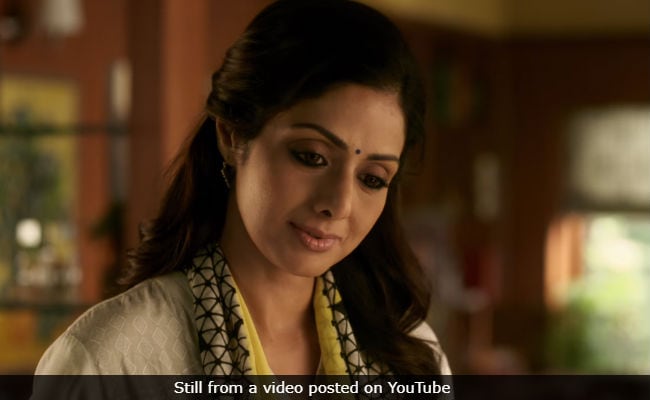 Late actress Sridevi's last feature film MOM will now release in China, tweeted trade analyst Taran Adarsh. The announcement was made two days after Sridevi's death anniversary (February 24). MOM, which also starred Akshaye Khanna and Nawazuddin Siddiqui, will hit the screens in China on March 22, nearly two years after it released in India. Sridevi also won the Best Actress National Award posthumously for her role in the Ravi Udyawar-directed film, which was produced by her husband Boney Kapoor. MOM was Sridevi's last film as a lead actress while she had a cameo role in 2018 film Zero, starring Shah Rukh Khan. Sridevi had already filmed her scenes for Zero before she died in February 2018.

Here's the poster of MOM for the local audience of China:

Several Indian films have released in China but none have been greeted the way Aamir Khan's movies have been - not counting Thugs Of Hindostan.

MOM is the story of Devki (Sridevi), who decides to kill her daughter Arya's (Pakistani actress Sajal Ali) rapists after they were acquitted by a sessions court due to lack of evidence. Akshaye Khanna plays the role of a cop who suspects Devki but sides with her in the final moment while Nawazuddin Siddiqui plays the role of a private detective, whom Devki hires to gather intel on the rapists.

Sridevi died by accidentally drowning in the bathtub of the hotel room she was staying in Dubai. She is survived by her husband Boney Kapoor and daughter Janhvi and Khushi. Janhvi, also an actress, debuted in 2018 film Dhadak.