MOM: What Can You Guess About Akshaye Khanna's Role From This Poster?

MOM Poster: A brand new poster of MOM released on Friday, unveils the look of actor Akshaye Khanna in his onscreen persona from the film 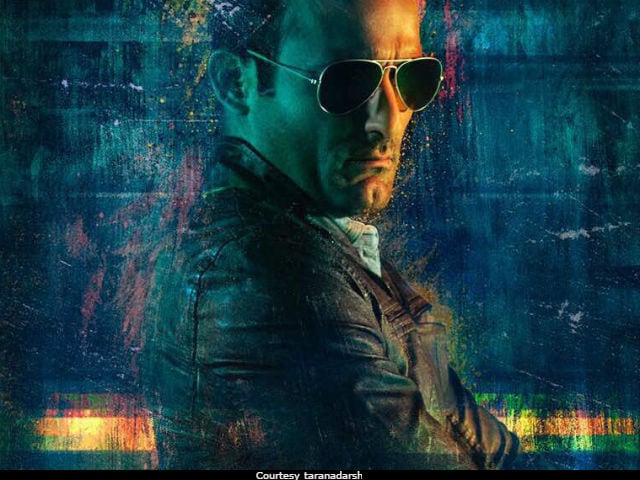 New Delhi: Sridevi's MOM is revealing the characters from the film, one by one. Yesterday, it was Nawazuddin Siddiqui's turn whose poster made it a little difficult for us to fathom it's him. A brand new poster of MOM released on Friday, unveils the look of actor Akshaye Khanna in his onscreen persona from the film. Trade Analyst Taran Adarsh, who always ensures that fans and followers are updated with the happenings of the filmy world, shared the new poster and wrote: "Jo dikhta hai woh hota nahin... Akshaye Khanna in MOM." Much about Akshaye's role is still unknown and the 42-year-old actor features in a blink-and-miss appearance in the trailer of MOM. The trailer simply shows that Akshay's character meets with an accident.

Here's a better look at Akshaye Khanna's character in MOM:

Meanwhile, believe it or not, this is Nawazuddin Siddiqui from MOM:

Things may not be what they seem... Check out Nawazuddin Siddiqui's look from #Mom... 7 July 2017 release... #LooksCanBeDeceptivepic.twitter.com/r20IalkYNd

MOM casts Sridevi as the protagonist, a mother, who appears resolute to seek revenge for an unfortunate incident concerning her daughter. MOM is Sridevi's first movie after Tamil fantasy epic Puli and English Vinglish - both of which had strong women protagonists. The trailer of the film, released earlier this year, offers snippets of all the actors in a compact form. Nawazuddin, who features in a rather significant role, made up for his brief appearance in the trailer as the narrator in the teaser of MOM.

Promoted
Listen to the latest songs, only on JioSaavn.com
Akhaye Khanna made a comeback as an antagonist in 2016's Dishoom after a hiatus of four years and he will next be seen in Ittefaq.

Directed by Ravi Udyawar and produced by Sridevi's husband Boney Kapoor, the cast of MOM also includes actors like Abhimanyu Singh and Pakistani actor Adnan Siddiqui in key roles. A R Rahman has composed the music for MOM, which is scheduled for July 14.