Mobbed, Deepika Padukone Struggles To Secure Her Bag, Then Walks Away With A Smile

"Ek minute, ek minute...," Deepika can be heard saying in the video, as she turned around and secured her sling bag. 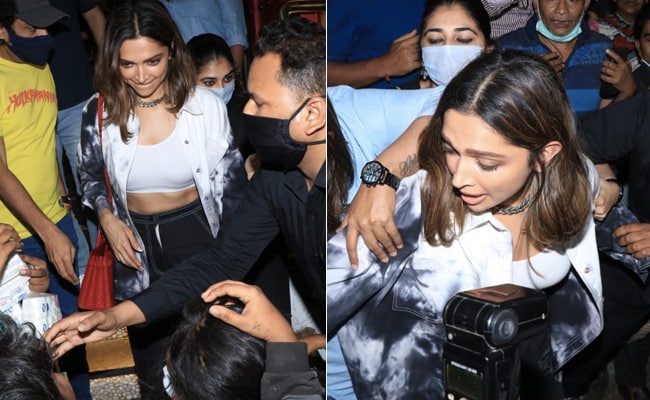 Deepika Padukone pictured outside a restaurant in Mumbai

Actress Deepika Padukone was spotted outside the restaurant Tori in Mumbai's Khar on Thursday night. By Friday morning, photos and videos of the actress being mobbed by a few women trying to sell tissues outside the restaurant, as well as the paparazzi, who were waiting outside for a glimpse of the actress, went crazy viral. In the viral video, Deepika appeared to be slightly taken aback by the crowd outside the restaurant as she was about to exit the eatery. With a smile on her face, as she attempted to navigate her way through the crowd, she found her bag being pulled away in the crowd. "Ek minute, ek minute...," Deepika can be heard saying in the video, as she turned around and secured her sling bag. She then quickly took her seat in the car, obliged with a smile to the paparazzi, and took off.

Here are some of the viral glimpses: 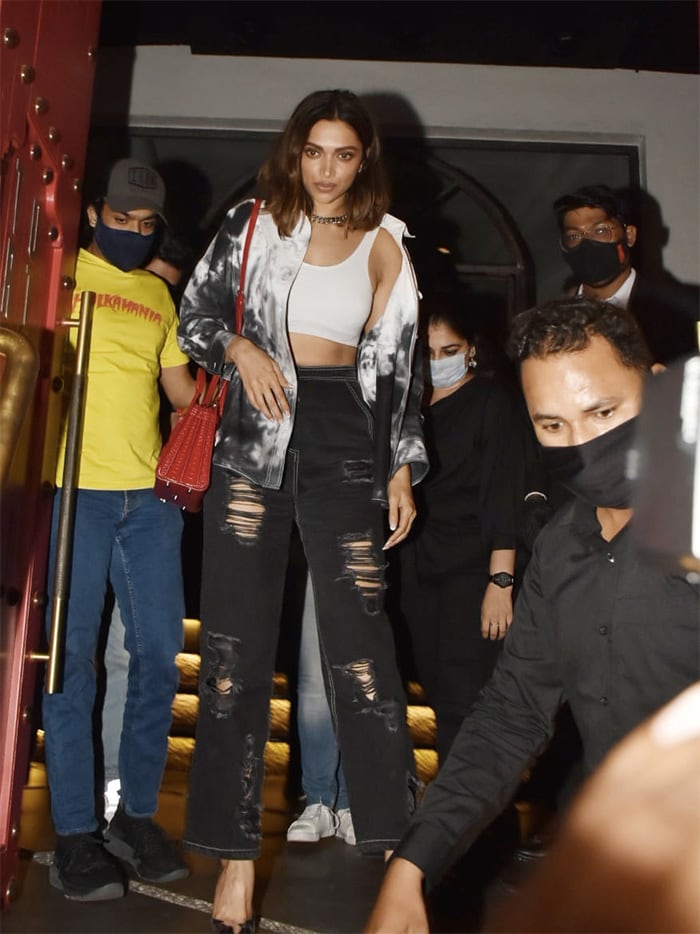 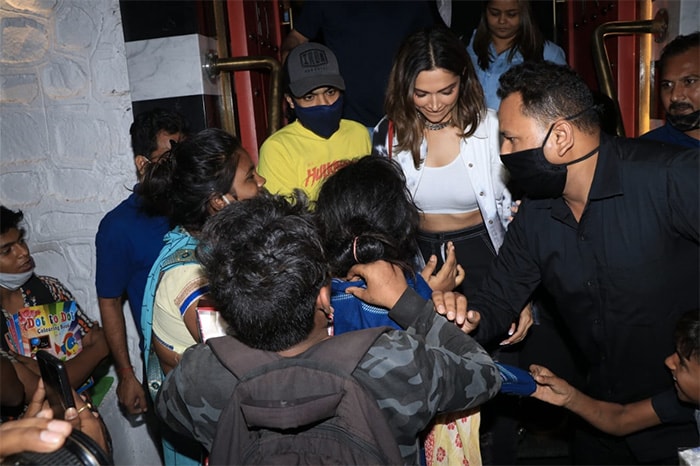 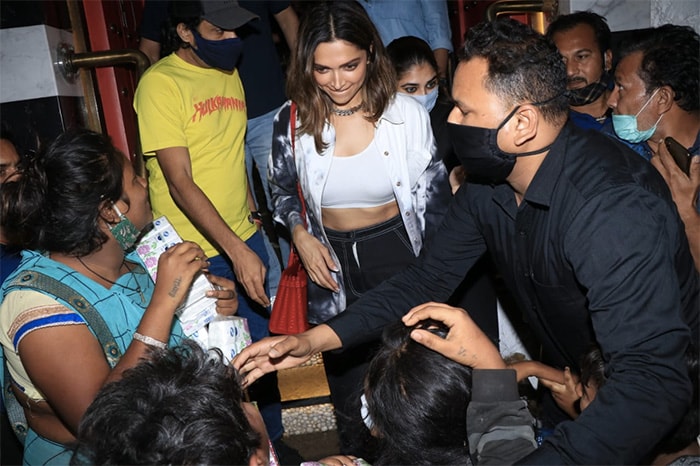 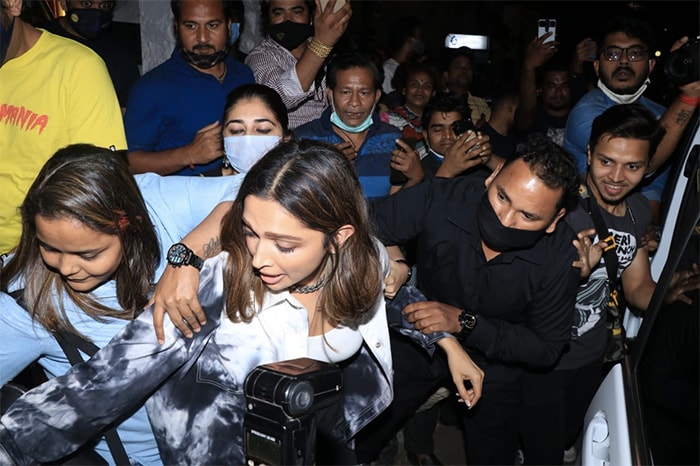 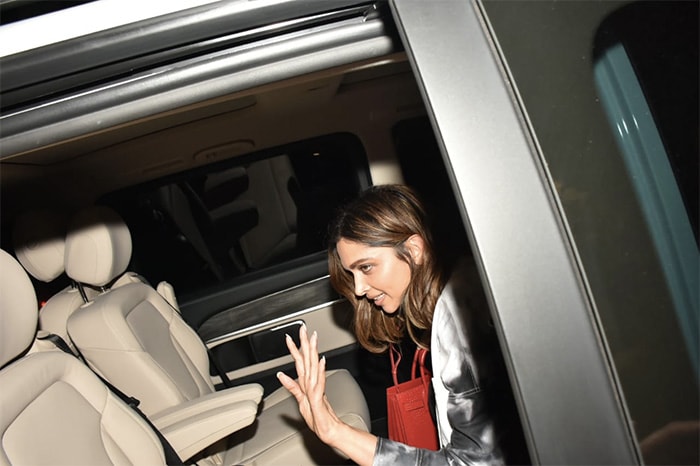 As videos and photos of Deepika Padukone's Thursday night outing did the rounds on the Internet, netizens also pointed out that the actress was without a face mask. Deepika Padukone, known for her impeccable sense of style, threw on a tie and dye shirt over a combination of crop top and denims. Her red sling bag added a pop of colour to her otherwise monochrome look. She accessorised with a silver neckpiece. 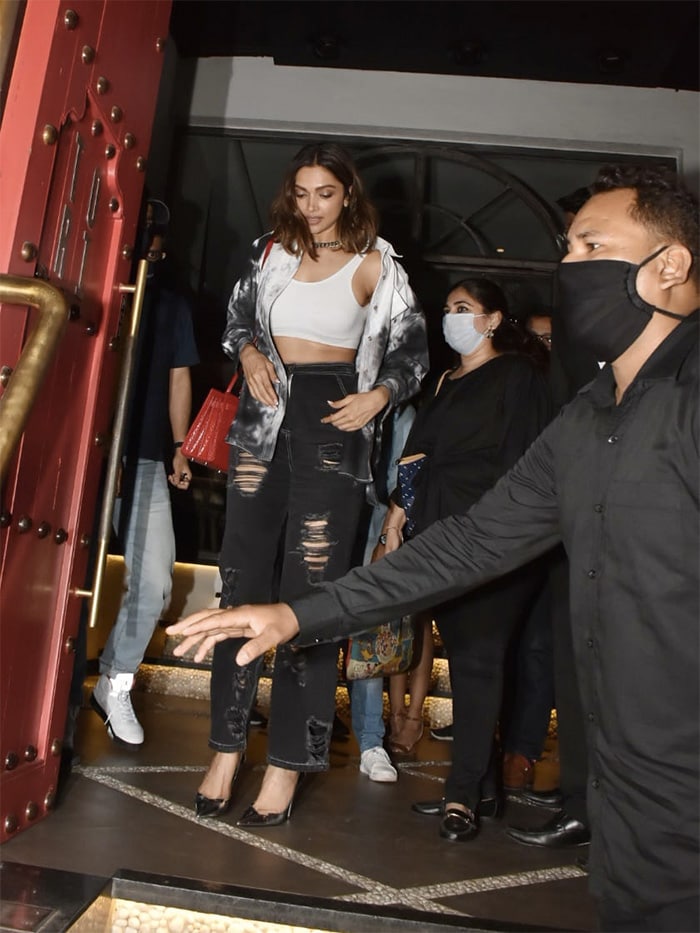 In terms of work, Deepika Padukone will be seen co-starring with husband Ranveer Singh in Kabir Khan's '83, the release of which was postponed because of the pandemic. Deepika Padukone is currently busy with Shakun Batra's untitled drama, which also stars Siddhant Chaturvedi and Ananya Panday.