Mission Mangal Teaser: Akshay Kumar And Team Aim For Mars. Up, Up And Away 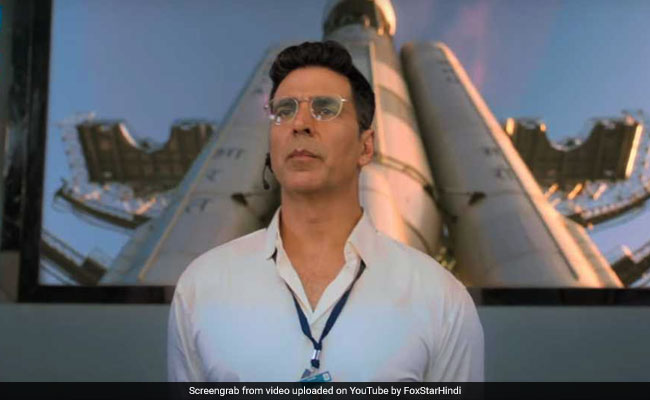 The teaser of Akshay Kumar-led Mission Mangal dropped on the Internet on Tuesday and it had us hooked immediately. The video showcases the "incredible" story of the launch of India's first satellite to Mars within a duration of merely 45 seconds. The video begins with a visual of a satellite launch followed by scientist Rakesh Dhawan (played by Akshay Kumar's) commanding his teammates for initiating the launch. The teaser also gives us a glimpse of Vidya Balan, who plays the role of the scientist Tara Shinde. Akshay and Vidya lead a team of scientists comprising Sonakshi Sinha, Taapsee Pannu, Sharman Joshi, Kriti Kulhari, Nithya Menen and H R Dattatrey, who make blink-and-miss appearances in the teaser. The teaser is replete with several nail biting moments and the visual effects deserve a special mention.

Check out the teaser of Mission Mangal here:

Last week, the makers ofMission Mangal shared the film's poster on social media. The caption on the post read, "A story of underdogs who took India to Mars. A story of strength, courage and never giving up! Mission Mangal the true story of India's space mission to Mars."

Mission Mangal has been directed by Jagan Shakti and it has been produced by Fox Star Studios. The film will clash with John Abraham's Batla House and Prabhas and Shraddha Kapoor's Saaho at the box office. All the films are slated to release on August 15 this year.