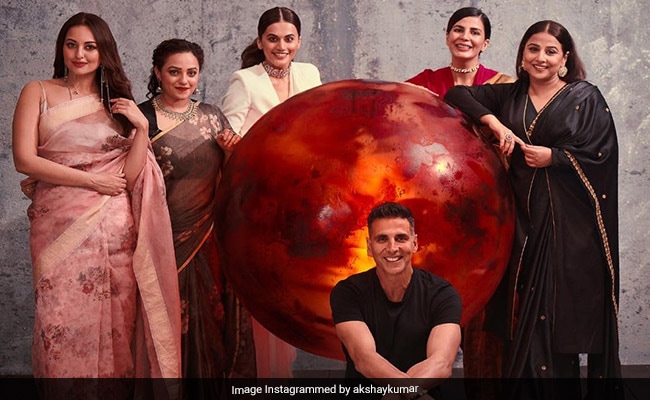 The first song from Mission Mangal, titled Dil Mein Mars Hai released on Thursday. The song showcases Akhshay Kumar and Vidya Balan, leading a team of scientists comprising Sonakshi Sinha, Taapsee Pannu, Sharman Joshi, Kriti Kulhari, Nithya Menen and H R Dattatrey as they prepare themselves for their "dream mission" - which is the launch of India's first satellite to Mars. The song has been composed by Amit Trivedi and the catchy lyrics are by Amitabh Bhattacharya. Most portions of the song have been sung by Benny Dayal and Vibha Saraf. The video has over 1 lakh views on YouTube. Take a look at the song here:

Teamwork makes the dream work! Watch the team work towards their dream, #MissionMangal in #DilMeinMarsHai!Song out now. https://t.co/wW5RgVhxCb@taapsee@SonakshiSinha@vidya_balan@TheSharmanJoshi@menennithya@IamKirtiKulhari@Jaganshakti@foxstarhindi#HopeProductions