This picture of Zain certainly made our day better! 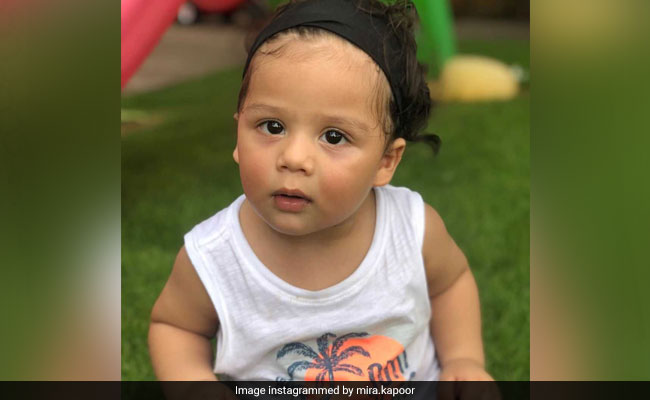 Adorable can't even begin to describe Mira Rajput's latest post. On Friday evening, Mira Rajput shared an oh-so-adorable picture of baby Zain on her Instagram profile and it wouldn't be wrong to say that it is arguably the cutest thing on the Internet today. Mira shared a close-up shot of Zain and the expression on his face is absolutely priceless. The munchkin can be seen dressed in a sleeveless white t-shirt and can be seen wearing a black headband as he innocently stares at the camera. Mira captioned the post: "You've got this Mama" and she accompanied the post with the hashtag #babybear and #zizou.

The picture received over 2 lakh likes within a few hours and we are not surprised at all. Just like us, Mira's fans also loved the photograph. Kiara Advani, who was Shahid Kapoor's co-star in Kabir Singh left several heart emojis on the post. Zain's grandmother Neelima Azeem wrote: "My jaan Babusha." Rohit Roy, Kanika Kapoor also commented on the post. Several fans thought Zain resembled his father in the picture and they addressed him as "junior Kabir Singh."

Take a look at the picture, you can thank us later.

"You've got this Mama" #babybear #zizou

Zain rarely makes appearances on his parents' Instagram profiles, which makes this picture all the more special. However, Zain's 2-year-old elder sister Misha frequently appears on her mother's Instagram profile. Last week, Mira shared a picture, in which she and Misha could be seen twinning in traditional green outfits. ICYMI, check out the picture here:

Here are some pictures of baby Zain shared by Mira Rajput:

Mira Rajput and Shahid Kapoor became parents to Zain in September last year. The couple got married in 2015 and they welcomed their first child Misha in 2016.