Mira Rajput added the home icon to her caption. 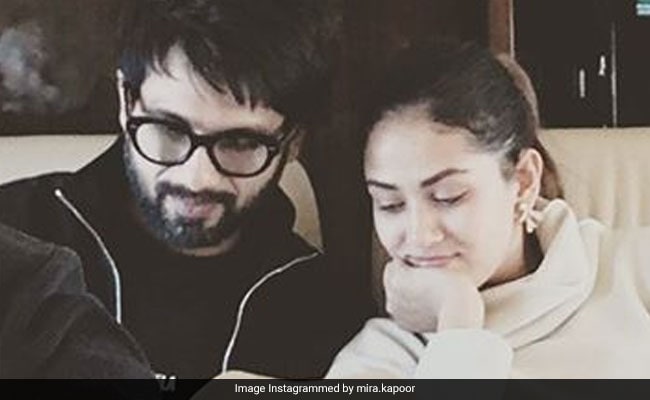 Mira Rajput and Shahid Kapoor featured in an adorable post on the star wife's Instagram, which set them trending. Shahid and Mira, who were vacationing in Europe, have been sharing glimpses of their loved-up moments on Instagram and in one such post, Mira Rajput wrote: "Building a dream together" with the hashtag "work in progress" and the home icon. Did she just hint that the Kapoors are planning a new home? In her post, Shahid and Mira can be seen sitting together and looking at something with full concentration inside what appears to be a flight. Shahid Kapoor and Mira Rajput were recently holidaying in Europe.

Take a look at Mira Rajput's new post here. Shahid Kapoor's brother Ishaan Khatter was one of the first ones to comment on the post: "Best," he wrote along with the heart-eyed emoji.

Ahead of that, the couple were spotted in London, from where Mira kept us constantly updated about Shahid's crazy antics. Remember the ROFL video of Shahid binging on pizza?

Shahid Kapoor and Mira Rajput married in 2015 and the couple are parents to a daughter named Misha and son Zain. Last seen in Batti Gul Meter Chalu, Shahid Kapoor is looking forward to the release of Kabir Singh, in which he co-stars with Kiara Advani.

Kabir Singh is all set to hit screens on June 21.