#MeToo A Warning To Those Who Misused Authority: Poonam Dhillon

"This may be a warning to the people who may have advertently or inadvertently misused their authority. Do not do it," said Poonam Dhillon 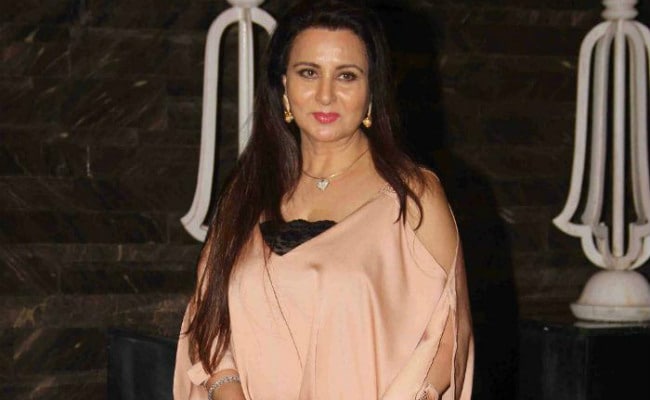 Bollywood actor Poonam Dhillon on Wednesday voiced support for the #MeToo movement but cautioned against making generalisations and branding the entire film industry as "bad". Poonam Dhillon, while speaking to reporters on the side-lines of the inauguration of a multi-media exhibition on Mahatma Gandhi here, also said that to a great extent it "depends on how you conduct yourself".

Asked about Preity Zinta's remarks that Bollywood is "very safe" for women, Ms Dhillon said she would not like to comment on Preity's statement as she has not read it.

General black and white statements cannot be made because every person is responsible for his own behaviour, Ms Dhillon said.

"You cannot say the whole industry is bad. There are bad people, but there are many good people as well. To a great extent, it also depends how you conduct yourself," the 56-year-old actor said.

Ms Dhillon said that she feels that the #MeToo movement is a "good thing" because it makes people realise that they cannot abuse their authority and abuse people working under them.

Everyone should respect their work, she said.

"This (the #MeToo movement) may be a warning to the people who may have advertently or inadvertently misused their authority. Do not do it," she said.

She also lauded the 49th International Film Festival of India (IFFI), saying it is growing year by year.

The #MeToo movement, which began in Hollywood a year ago, gained momentum in India recently with women calling out comedians, journalists, authors, actors and filmmakers, resulting in the naming of people like M J Akbar, Nana Patekar, Alok Nath, Sajid Khan, Vikas Bahl and Rajat Kapoor.

Film director Subhash Ghai, whose name also cropped up in the list after two women accused him of sexual harassment, was also present at the inauguration. Mr Ghai has categorically denied the charges.

Mr Ghai, a regular at the Goa film bonanza, hailed the opening ceremony calling it "very different" from the previous editions.

The opening ceremony on Tuesday had filmmaker Karan Johar bringing his sassy chat show host avatar as he sat down for a conversation with Information and Broadcasting Minister Rajyavardhan Singh Rathore and Bollywood star Akshay Kumar.

Asked about the opening ceremony on the side-lines of the inauguration of a multi-media exhibition on Mahatma Gandhi, Mr Ghai told reporters: "I will say what I saw yesterday, was very different from the previous functions."

He said that he was happy that tradition was broken and it was not a usual opening with long speeches.

"There was an interaction with a star, with a sportsman, there was song, there was dance, and it was over. People come here to see best of the films. I, as a student, also come to see films," he said.

"In 2004, I had come with Mr (Manohar) Parrikar when the design was made of how to get it to Goa. I was one of the advisory committee members. I come every year, I see that there is progress every year," he added.