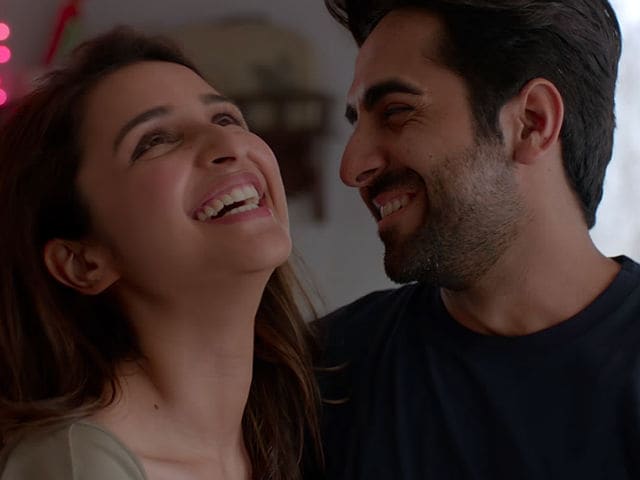 New Delhi: The story of Bindu aka Parineeti Chopra continues in new song Khol De Baahein from Meri Pyaari Bindu. As the track opens, Abhimanyu Roy (played by Ayushmaan Khurrana) reveals that Bindu was passionate about singing since childhood and he 'got trapped' in her passion even though he's not a singer. Parineeti's Bindu is quirky and fun-loving while Abhi, who is head over heels in love with Bindu, follows her lead which then weaves into a love story. Khol De Baahein is all about Bindu and Abhimanyu's best moments. National Award-winning singer Monali Thakur sang Khol De Baahein, which is composed by Sachin-Jigar.

Meri Pyaari Bindu is directed by Akshay Roy and co-produced by Maneesh Sharma and Aditya Chopra. The film also stars Aparajita Auddy and Rajatabha Dutta and is slated to release on May 12, along with Amitabh Bachchan's Sarkar 3.

Promoted
Listen to the latest songs, only on JioSaavn.com
Meri Pyaari Bindu is Parineeti's first film in two years. In 2014 she starred in three films Hasee Toh Phasee, Daawat-e-Ishq and Kill Dil - none of them made a mark on the box office although Hasee Toh Phasee was a semi-hit. Parineeti is currently filming Rohit Shetty's Golmaal Again.

Ayushmaan Khurrana was last seen in 2015's Dum Laga Ke Haisha and has Bareilly Ki Barfi and Shubh Mangal Savdhan up his sleeve.