"My forever sunshine on a rainy day," wrote Sushmita Sen 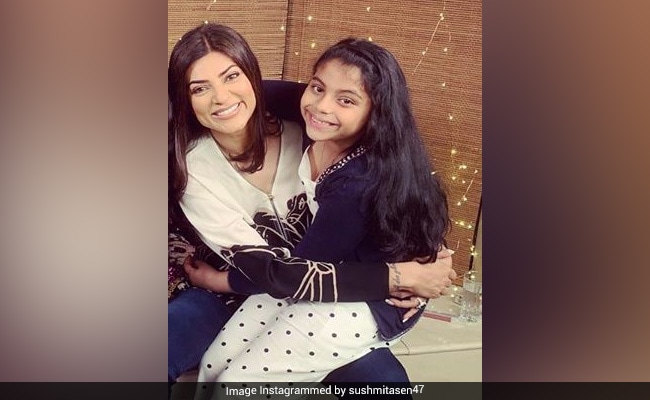 Sushmita Sen just Instagrammed a snippet of her quality time with daughter Alisah and it has our heart. Alisah, who is a fan of the novel and film series Harry Potter, just acted out a few dialogues of the character Hermione Granger and it is making Sushmita's Instafam swoon. Hermione Granger, one-third of the fictional trio consisting of Harry Potter, Ronald Weasley and Hermione, is one of the lead characters of the fantasy novel series, written by JK Rowling. Alisah, in the video, can be seen acting out the dialogues of Hermione Granger, while Sushmita, who is in charge of the camera, can be heard laughing. Sharing the video, Sushmita wrote, "My forever sunshine on a rainy day! Meet our very own Hermione Granger. She is magical I love you guys." Sushmita also added the hashtags "life is good," "Harry Potter," "entertainment," "daughter" and "love" to her post. Take a look:

My forever sunshine on a rainy day!!! Meet our very own #hermionegranger SHE is magical!!!#lifeisgood #harrypotter #entertainment #daughter #love #toocute #duggadugga I love you guys!!!

Sushmita Sen, who was crowned Femina Miss India in 1994 and Miss Universe 1994, has a body of work that includes films such as Main Hoon Na, Ram Gopal Varma Ki Aag, Main Aisa Hi Hoon, Do Knot Disturb, Dulha Mil Gaya and No Problem. She was last seen in the 2015 Bengali film Nirbaak.