Mary Poppins Returns With Emily Blunt in the Lead Role 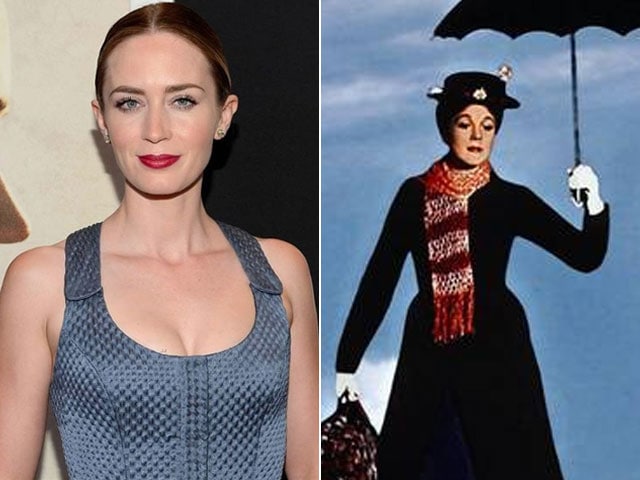 Image on the left was posted on Instagram by _emily_blunt_

Los Angeles: Actress Emily Blunt will be seen as Mary Poppins in a Disney sequel set for release in 2018.

Rumours suggesting 33-year-old British actress was the frontrunner to take on the titular role in the movie first emerged in February and Disney executives have now officially announced she is their leading lady, reported Aceshowbiz

Emily will be joined by Lin-Manuel Miranda as Jack, a new character who is a street lamplighter. The sequel, Mary Poppins Returns, will hit cinemas on Christmas Day in 2018.

The actress will be reuniting with director Rob Marshall after their 2014 Disney musical Into the Woods. "I am truly humbled and honoured to be asked by Disney to bring P L Travers further adventures to the screen. The iconic original film means so much to me personally, and I look forward to creating an original movie musical that can bring Mary Poppins, and her message that childlike wonder can be found in even the most challenging of times, to a whole new generation," said Rob.

The first Mary Poppins film came in 1964 with actress Julie Andrews playing the titular role. Julie picked up the Oscar for Best Actress in a Leading Role for her performance.