"The first 2 months of our relationship were hush-hush, until the press spotted us together," wrote Rochelle Rao 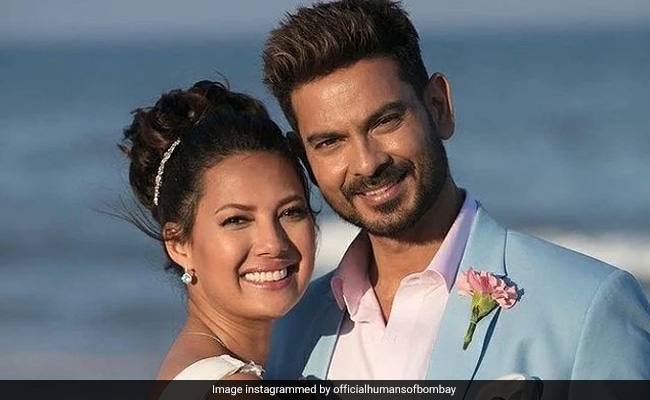 Former beauty queen Rochelle Rao and actor Keith Sequeira, who got married in 2018, had been dating for years and participated in season 9 of Bigg Boss. In Humans Of Bombay's latest post, Rochelle Rao opened up about her relationship. She wrote in her post that many people labelled their relationship as a "publicity stunt." She began the post with these words: "At 25, while I was living my showbiz dream in Mumbai, my personal life plummeted. Tired of pointless relationships, I'd almost given up on love, when Keith joined my church group. Coming from the same industry, it didn't take long for us to become friends; we'd hang out every weekend-I'd think of girls I could set him up with! But soon, I realized that Keith was what I was looking for-sweet, intelligent and serious about love. I fell for him, but he was oblivious-until his birthday, when I went all out with gifts, and he finally got the hint. Days later, while walking me home, he kissed me. That's how we began dating."

Rochelle and Keith managed to keep the first 2 months of their relationship private but they they were papped together. Next in store was Bigg Boss 9, where they participated. "The first 2 months of our relationship were hush-hush, until the press spotted us together. Soon after, we got offered Bigg Boss. I told him, 'I don't mind, as long as I have you.' Many thought our relationship was a publicity stunt, but we couldn't care less! We entered the Bigg Boss house, and it was going well-Keith would even make me coffee everyday," Rochelle added in her post

Rochelle Rao wrote in her post how she learnt that Keith was "the one" for her and added, "A few weeks in, he was pulled out overnight; no one told me why. When he finally came back, a month later, I was overjoyed! But finding out his brother had passed away broke my heart! I asked, 'Why come back?' and he said, 'I'd rather mourn with you.' I thought, 'If we get through this, we can get through anything.' By the end of that show, I knew he was the one. But 1 year later, Keith still hadn't proposed! Once, on my birthday, he was giving me a gift and all my friends took out their cameras-convinced he was going to do it. But he gifted me boots! How anticlimactic."

A "special trip" changed the course of Rochelle and Keith's relationship. "Months later, Keith hinted at a 'special' trip. By then, I was done. I burst out, 'If you're going to propose, just do it!' I ranted so much that in the heat of the moment, he said, 'Fine, if this is the way you want it!' Then, he got down on one knee, pulled out a ring and asked, 'Will you marry me?' It was crazy, but it was SO us! We celebrated with champagne," wrote Rochelle.

Four years later, Rochelle still looks forward to "Keith's coffee and smile" waking up. She signed off the post with these words: "In 2018, we tied the knot. Our vows were beautiful, and after, we ate dosas and danced with our loved ones. It's been 4 years since, and we still keep each other on our toes. But he keeps me centered, too! Everyday, I wake up, knowing I've Keith's coffee and smile to look forward to."