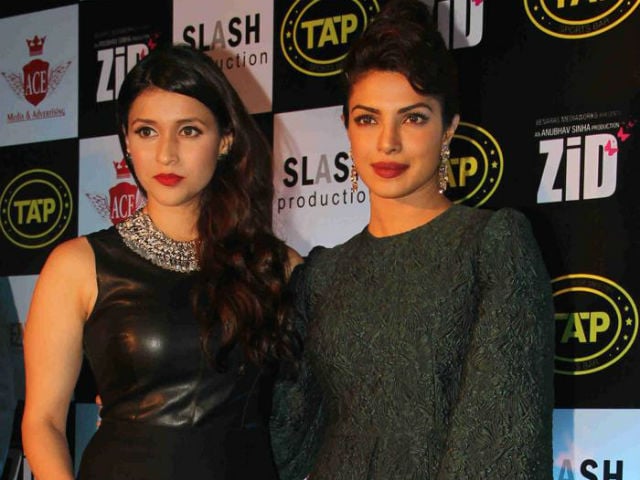 Mannara and Priyanka photographed in Mumbai.

"I really like a couple of her films. One is Barfi! and the second is Aitraaz, which was very different. Every film of hers is a milestone. There are several other such films," said Mannara.

Would she like to steal any role from Priyanka?

"I don't think I can steal any role from my sister. But, I can learn a lot from her and I can adapt that in my forthcoming films," added Mannara.

"I went for the trial of Bajirao Mastani. It's not because she's my sister that I have to appreciate her. But I really loved her performance. From what she said in the film, I felt that she conveyed a lot more than that, and I was impressed with that," she said.

Priyanka will be seen next in Prakash Jha's Jai Gangaajal.

"I'm actually looking forward to Jai Gangaajal because I had gone to Bhopal during the shooting. I have seen the sets and witnessed their shooting for about one and half weeks. So, I'm excited to see how those scenes which I experienced live have come out on the big screen," added Mannara.