Manisha Koirala's Dear Maya Was Promised 400-500 Screens But Got Only 180, Says Director

"We were promised much more... but actually what happened was very different. We were promised around 400-500 screens but ended up with just 180," said Dear Maya director Sunaina Bhatnagar 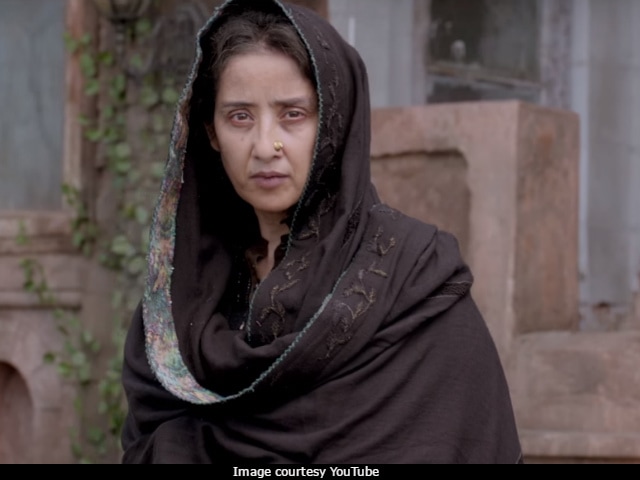 Lonavala: The film Dear Maya was a first for a lot of people including its director Sunaina Bhatnagar and producers as well as actress Manisha Koirala's comeback project, but even after being promised 400-500 screens for its release by the studio involved, Bhatnagar says that she still has not understood on what basis was the film given just 180 screens. Present at the first edition of the Literature, Information, Film, Frame, TV and Theatre (LIFFT) India Filmotsav 2017 World Cine Fest, Bhatnagar was speaking in a conversation with Riju Bajaj, an actor and director himself as well as the founder of the five-day-long festival which will end on Tuesday.

Shedding light on the obstacles she and her film faced while shooting and during the release, Bhatnager said: "It was a script with Manisha Koirala and two young girls, so getting a producer ... three girls, with two being around 15-year-old and one being a 40-year-old woman was not the most ideal combination commercially, so these factors were there.

"I went to producers and I think I met everyone probably. They all liked the film, the story but all wanted to change few things about it like 'can you bring an element of romance, can the character be 35 in age and not 40, if you could get somebody more sellable', this film was made independently by a first time producer so that process itself took about a year."

Bhatnagar wasn't happy with the kind of release the film had. "Although we did get a studio on board to release the film, for whatever reasons I am not clear on what basis the executives decide about the potential of a film, we ended up with very less number of screens," she said.

"It was hugely disappointing. I am from Jaipur, it did not even release there, in Lucknow.. places from where it would have got some audience," she added.

Promoted
Listen to the latest songs, only on JioSaavn.com
The story of Dear Maya revolves around an old woman who starts living her life all over again in search of love after getting some love letters from a stranger.