Manikarnika: Kangana Ranaut Says She 'Struggled' When She Took Over As Director

Kangana Ranaut said: "I had time constraints and bringing the crew was a struggle, which I wasn't ready for" 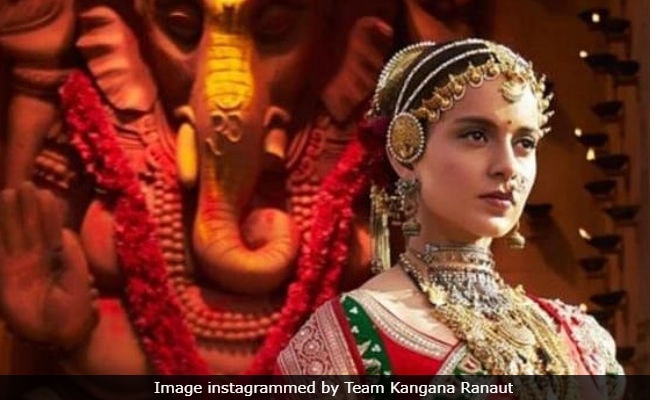 Kangana Ranaut, who directed parts of her upcoming film Manikarnika: Queen Of Jhansi, told Firstpost that she had to take control of the film "amidst a lot of challenges." Kangana, who plays the title role in the film which she also produces, took over from Krish as director when the latter moved on to his next project. She completed the patchwork and re-filmed some sequences, which Kangana says was "unsettling in the beginning." She told Firstpost: "Manikarnika has demanded a lot more of my attention than I intended to give it. I did lose control over things, especially when it came like a hurricane and the way things unfolded overnight. I had to shoot this film amidst a lot of challenges and that was a bit unsettling in the beginning."

"I had time constraints and bringing the crew was a struggle, which I wasn't ready for, but I surpassed that. Later on, of course I was in my comfort zone and ready to direct. Eventually, I enjoyed it a lot," she added.

After Kangana Ranaut decided to re-film some portions, actor Sonu Sood stepped down as he had already started preparing for his role in Simmba. Though Kangana said Sonu "refused to work with a woman director," the Happy New Year actor said it was only because he could not change his look close to when he was about to start filming Simmba. Zeeshan Ayyub, who co-starred with Kangana in Tanu Weds Manu Returns, replaced Sonu Sood.