Kangana Ranaut's Similarity With Rani Laxmi Bai: 'Had To Fight For Everything In Life'

"I haven't got anything without a fight in my life but I am neither proud nor ashamed of it," said Kangana Ranaut 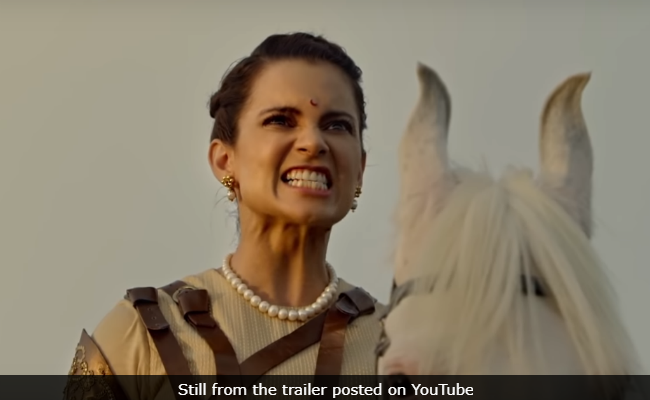 Kangana in a still from the trailer of Manikarnika: The Queen Of Jhansi. (Image courtesy: YouTube)

Actress Kangana Ranaut, who will be seen playing the role of freedom fighter Rani Laxmi Bai in her forthcoming film Manikarnika: The Queen Of Jhansi, believes that the only "similarity" between her and Rani Laxmi Bai is that both of them had to "fight" throughout their lives, reports news agency IANS. Kangana, who has never shied away from actively voicing her opinion on relevant topics, be it speaking up against nepotism in the film industry or calling out sexual predators. Kangana recently interacted with the media and told IANS: "I think Rani Laxmi Bai's life was very tragic and she struggled a lot in her life. It's not the kind of life which you will wish for somebody you like or you love at all." When Kangana was asked if she thinks there are any similarities between Rani Laxmi Bai and her, the 31-year-old actress told IANS: "I don't know why but I had to fight literally for everything since I was born and that is the only similarity that I have with her. I haven't got anything without a fight in my life but I am neither proud nor ashamed of it."

During the media interaction, the Queen actress said that she would never want her kids to have the kind of life that she had. "I am just okay with the way my life is, but if you ask me that do I want this for my children or for whom I love, then my answer would be 'No'," IANS quoted her as saying.

Speaking of her experience of shooting for Manikarnika, Kangana said that the team did face certain challenges initially. However, they stayed strong and managed to overcome all the obstacles. "Each film has its own journey and this film also had its journey. It is true that we faced some difficulties in the beginning while shooting the film but our team is so strong that we overcame those difficulties and that's why we feel like doing celebration here," IANS quoted her as saying.

Directed by Krish, Manikarnika: The Queen Of Jhansi also stars TV actress Ankita Lokhande, Mishti and Taher Shabbir. The film is slated to release in January next year and it will clash with Super 30, starring Hrithik Roshan, at the box office.