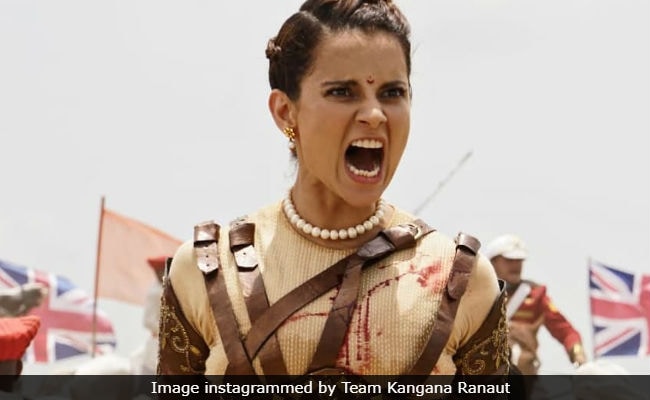 Manikarnika action director Nick Powell is super-duper impressed with the film's lead actress Kangana Ranaut, who he says "at times pulled off smoother stunts than Tom Cruise," reports mid-day. Nick Powell, who has coordinated action sequences in Hollywood films such as The Gladiator and The Last Samurai, told mid-day that a female artiste leading stunts in Manikarnika: The Queen Of Jhansi was an 'incentive' for him. "Kangana insisted on doing all the action herself. The idea was to show a warrior who has been learning the ropes from a young age. Kangana practised sword fighting for eight hours a day, and convincingly pulled off each stunt."

He added: "I have worked with the likes of Russell Crowe, Tom Cruise and Brad Pitt, but she gave me the unique experience in which an actress was leading the pack. There were times when she pulled off smoother stunts than Tom Cruise."

Speaking about re-filming some action sequences, Nick Powell told mid-day: "They wanted to better what they had achieved. So when I requested for an additional crew of 25 experts who specialise in rope work and sword fights, they immediately agreed."

Manikarnika: The Queen Of Jhansi is a biopic on Rani Laxmi Bai, who is counted among the early freedom fighters of India. She was one if the leaders of the Indian Rebellion of 1857 against the East India Company after he death of her husband Gangadhar Rao Newalkar.

Manikarnika: The Queen Of Jhansi also stars Ankita Lokhande, Jisshu Sengupta, Atul Kulkarni and Zeeshan Ayyub (replaced Sonu Sood). Manikarnika is directed by Krish and the film will open in theatres in January 2019.