Sonu Sood has come forward with his side of the story 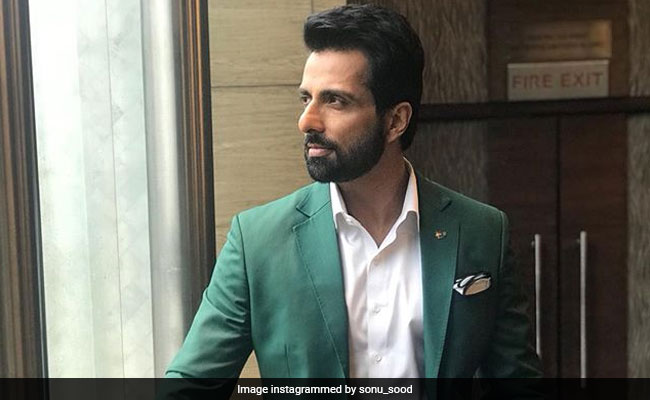 After Sonu Sood opted out of Kangana Ranaut's Manikarnika: The Queen Of Jhansi, the actress, in an interview to news agency IANS, said that he left the project mid-way since he "didn't want to work under a woman director." Now, Sonu Sood has come forward with his side of the story. The 45-year-old actor in an interview to Hindustan Times said that he never had a problem working under female director. "That was not my statement. I never said that I don't want to work with a female director because I have already done a movie with a female director (Farah Khan, Happy New Year). I only said I can't be working with two directors on one set," Sonu Sood told Hindustan Times.

The Dabangg actor said that in a career spanning close to 20 years, he has never worked under two directors. "I will always maintain that stand and in a span of all these years, whatever films I have done, 80-90 movies, I have worked with one director at a time. So that is my stand and I will always stick to it," Hindustan Times quoted the actor as saying.

Krish, who was directing the biopic of Rani Laxmi Bai, got busy with the NTR biopic, co-starring Nandamuri Balakrishnan and Vidya Balan, Kangana. Thereafter Kangana decided to direct the remaining film's patchwork in the absence of Krish. Kangana's Manikarnika trended big time after Sonu Sood quit the project last moment. Sonu Sood's spokesperson released a statement, which read: "Sonu has always been a thorough professional and honoured all his commitments. He had informed the makers of Manikarnika about his dates and schedule well in advance. Inconveniencing the team of his current film to accommodate the demands of another are against his professional principles. Sonu has taken the higher road ahead and wishes the team of Manikarnika all the best."

Several unconfirmed reports also stated that director Krish Jagarlamudi, has also quit the project, after a picture of a clapboard, featuring Kangana's name as the director, went viral. However, team Manikarnika released a statement stating that Krish is still the director of the film and Kangana is just shooting the portions remaining.

Sonu Sood was reportedly playing the character of Sadashivrao Bhau, the commander-in-chief of the Maratha army while Kangana Ranaut plays the titular character in the film. Manikarnika: The Queen Of Jhansi is expected to release on Republic Day 2019.