Mandira Bedi, 47, Says 'Was Looked At Differently When I Decided To Delay Pregnancy'

"Even after my child was born, I was always divided between my personal and professional lives," said Mandira Bedi 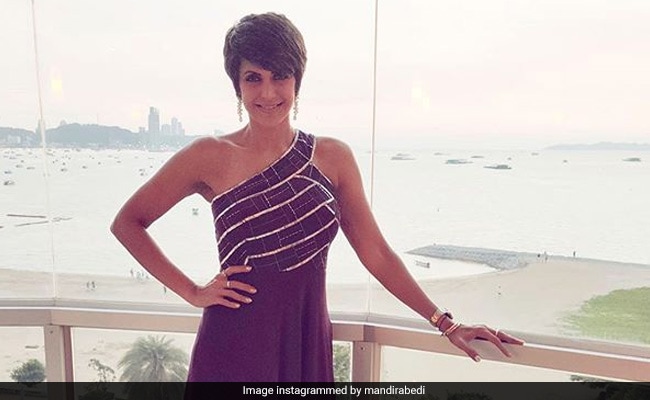 Actress-model Mandira Bedi, 47, who is hosting the reality series Shaadi Fit!, revealed on the show that she was 'looked at differently' when she decided to have a baby a decade after she married filmmaker Raj Kaushal, reported news agency IANS. Ms Bedi said she was 'perceived as a career-oriented' person for prioritising her work commitments over having a child. "Living in Indian society, as a woman you tend to face several stereotypes. When I decided to delay my pregnancy due to work commitments, it was the most difficult decision I had to make. I was looked at differently, and people perceived me as a woman who is career-oriented," IANS quoted her as saying.

"You would think that is a good trait to have, but our society thinks differently of a married woman. In fact, even after my child was born, I was always divided between my personal and professional lives," added the Shanti actress. Mandira Bedi and Raj Kaushal got married in 1999 and welcomed son Vir in 2011.

Talking on the show, Mandira Bedi added that Raj Kaushal has been a constant source of support for her and continues to help her strike a balance between personal and work life: "My only relief was my husband who supported me a lot through this phase and does till date. He takes care of our son so that I can manage my shoots."

Mandira Bedi, who said she "struggled" to make a name in the entertainment industry, shared a few words of advice: "I think my message to every married woman is to believe in yourself and your capabilities, rather than focusing on societal beliefs and norms. My career has made me into the person I am today. I have struggled and carved my niche in the entertainment industry and I feel very proud of it."

On the work front, Mandira Bedi's show Shaadi Fit streams on OTT platform MX Player and tracks the journey of four couples as they prepare for their wedding day. She has featured in television shows like CID, 24 and Kyunki Saas Bhi Kabhi Bahu Thi and is best-known for her titular role in Shanti. She has also hosted shows such as Fame Gurukul, Indian Idol Junior and India's Deadliest Roads.