Into the wild with Rajinikanth and Bear Grylls 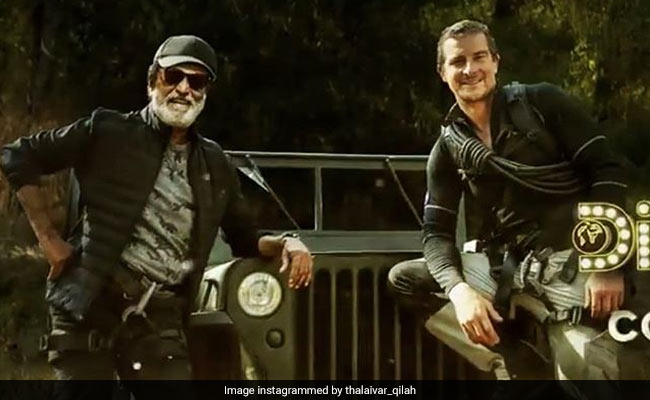 The wait is over (well, almost). A brand new promo of Rajinikanth's episode of Discovery Channel's Man Vs Wild with Bear Grylls released on Thursday morning and it has been trending incessantly ever since. Bear Grylls will go into the wild with a mission to "unravel the man behind legend" Rajinikanth. "Prepare yourself. It's going to blow your mind," Bear Grylls says in the video. The 40-second video clip was released on the official Twitter account of Discovery India. Rajinikanth makes a miss-and-blink appearance ion the video, quenching our curiosity to some level. We can't wait for the episode which will premiere on March 23. "Gear up to venture into the wilderness of India with survival expert Bear Grylls and the ultimate superstar Rajinikanth in an action packed adventure. Premieres 23 March at 8 PM, only on Discovery. #ThalaivaOnDiscovery," read the tweet.

Gear up to venture into the wilderness of India with survival expert @BearGrylls and the ultimate superstar @Rajinikanth in an action packed adventure. Premieres 23 March at 8 PM, only on Discovery #ThalaivaOnDiscoverypic.twitter.com/zSS4GsSCL4

Last year, Prime Minister Narendra Modi made a special appearance on an episode of Bear Grylls' Man Vs Wild, when they made a trip to Uttarakhand's Jim Corbett National Park. Earlier, news agency ANI reported that Akshay Kumar will also appear on Bear Grylls' show.

On the professional front, Rajinikanth was last seen in the 2019 film Darbar. His next release Annaatthe, directed by Siva, is expected to hit the screens by the end of this year.