After Rajinikanth, Akshay Kumar On Bear Grylls' Man Vs Wild?

How would you like an episode of Discovery's adventure show Man Vs Wild, featuring Akshay Kumar? 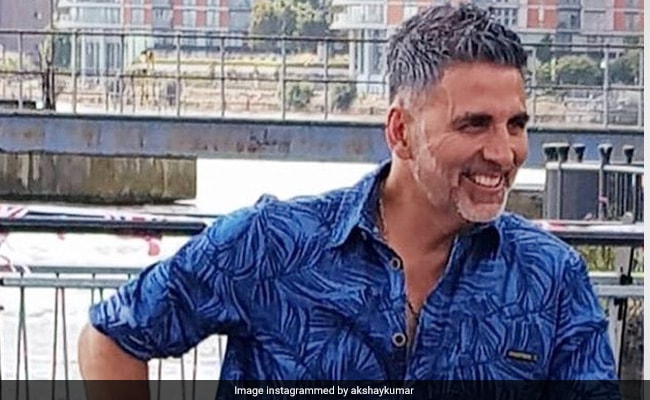 How would you like an episode of Discovery's adventure show Man Vs Wild, featuring Akshay Kumar? Looks like you can expect one soon. The 52-year-old superstar, who reached Mysore on Wednesday, was reportedly scheduled to shoot for an episode of Man Vs Wild on Thursday. A Bollywood Hungama report stated that Man Vs Wild host Bear Grylls' team zeroed in on Mysore's Bandipur Tiger Reserve to shoot the episode featuring Akshay. Bear Grylls also shot an episode with Rajinikanth at the same tiger reserve earlier this week. As per the report, Akshay was expected to complete a six-hour schedule on a one day tour to Bandipur Tiger Reserve. News agency ANI had tweeted a photo of the actor being escorted out of the Mysore airport by heavy security on Wednesday.

Citing a source, Bollywood Hungama stated: "Akshay Kumar makes for an ideal guest on Man Vs Wild. He's agile, energetic and quite fit as we all know. He can easily roam around in the difficult terrain of the forest and make for great company with Bear Grylls."

"Akshay hopes to learn the survival techniques from Bear. The British adventurer too hopes to imbibe some of his admirable qualities. We assure it'll be an episode to watch out for," Bollywood Hungama added the source as saying.

Akshay Kumar is a Taekwondo expert and often performs his own stunts in films instead of opting for body doubles. In 2008, Akshay Kumar hosted stunt-based reality show Fear Factor: Khatron Ke Khiladi with celeb contestants.

Meanwhile, 69-year-old megastar Rajinikanth recently shot for an episode of Man Vs Wild with Bear Grylls and described his experience as "unforgettable" in this tweet.

Earlier in August, Prime Minister Narendra Modi made a special appearance on an episode of Bear Grylls Man Vs Wild, when they made a trip to Uttarakhand's Jim Corbett National Park.

So proud to bring you this exclusive episode where I take the Prime Minister of India, @narendramodi on a special adventure through the Himalayan foothills. Sir, you lead a truly remarkable and beautiful country. I am proud to be a friend of India. #nevergiveup @discoverychannelin @discovery #manvswild #pmmodiondiscovery #survival #india

On the work front, Akshay Kumar has a series of films lined up. He will next be seen in Sooryavanshi while Laxmmi Bomb, Prithviraj, Bachchan Pandey, Bell Bottom and Atrangi Re will also keep him busy.