Rajinikanth And Bear Grylls For Man Vs Wild Episode. Here's All You Need To Know

"Permission for the shooting has been given for the ranges of Mulleholle, Maddur and Kalkere ," said a senior forest department official 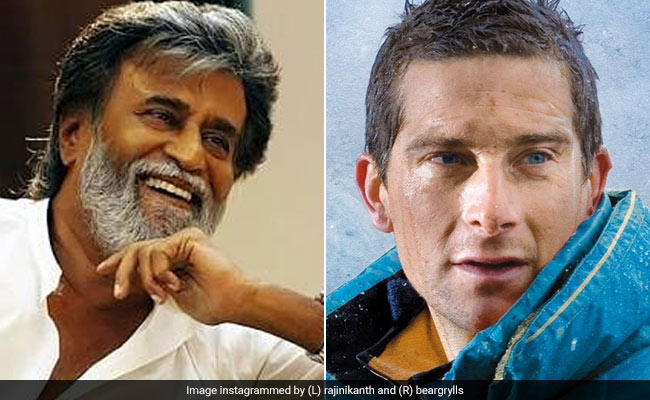 After Prime Minister Narendra Modi, south superstar Rajinikanth will reportedly shoot an episode of the popular show Man vs Wild with TV Presenter Bear Grylls. The star reportedly flew into Mysore on Monday to start the shooting in Bandipur Tiger Reserve. Several publications such as The Indian Express, Pinkvilla and The Hindu stated in their reports that Bear Grylls reached Bandipur on Tuesday morning and he will complete the shooting with Rajinkanth by the end of the day. The New Indian Express even quoted a senior forest department official saying that the permission for the shooting has been given for the ranges of Mulleholle, Maddur and Kalkere.

"Permission for the shooting has been given for Sultan Batteri highway and ranges of Mulleholle, Maddur and Kalkere ranges. They will be shooting in non-tourist zones. If permission was given for the shooting of Wild Karnataka, then this can also be permitted. Also, no tourist or regular forest patrolling activities will be affected. The shooting will be done under special forest protection and no one will be aware of the locations," said the official, reported the publication.

Going by the reports, Rajinikanth will become the second Indian to appear on Bear Grylls' show after PM Narendra Modi. In August last year, the Prime Minister had joined Bear Grylls for a special episode of the show, where they took an off-track journey across Uttarakhand's Jim Corbett National Park.

So proud to bring you this exclusive episode where I take the Prime Minister of India, @narendramodi on a special adventure through the Himalayan foothills. Sir, you lead a truly remarkable and beautiful country. I am proud to be a friend of India. #nevergiveup @discoverychannelin @discovery #manvswild #pmmodiondiscovery #survival #india

The Prime Minister of India @narendramodi - leader of the world's largest democracy. And what he shared here was mind-blowing... coming soon to @discovery #pmmodiondiscovery #survival #india @worldscouting (video clip to follow on 8th)

On the work front, Rajinikanth was last seen in Darbar, which released last year. His next release is Thalaivar 168. The film also features Khushbu Sundar, Meena, Keerthy Suresh, Prakash Raj, Soori and Sathish.