Rajinikanth's "Darbar" To Remove Tacit Reference To Sasikala In Jail

One of the dialogues of Rajinikanth donning the role of Mumbai Police Commissioner refers to inmates of jails in the south being allowed to illegally step out of jail for shopping. 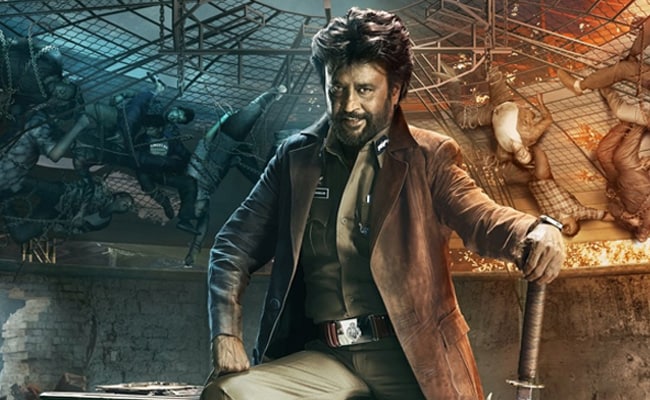 Superstar Rajinikanth is expected to launch his political party before assembly elections due in 2021.

Fans watching superstar Rajinikanth's "Darbar" will miss his dialogues on irregularities inside prisons which many felt were a  tacit dig at  jailed Sasikala Natarajan, close friend of late Chief Minister J Jayalalithaa.

Lyca Productions, which produced the film, on Friday tweeted, "In our "Darbar" film, particular words and dialogues having reference to prisoners or inmates going out of jail or prison during their imprisonment term was only included with an intention of providing an entertainment to the audience and not intended to refer any specific individual. However, since some of those particular words seemed to have hurt some people, we hereby decided to remove the same from the film."

One of the dialogues of Rajinikanth donning the role of Mumbai Police Commissioner refers to inmates of jails in the south being allowed to illegally step out of jail for shopping, the same accusation Sasikala - who is serving a four-year jail term in Bengaluru - faced after CCTV  footage showed her carrying shopping bags in the jail. Later, a government probe too reportedly confirmed that she got "preferential treatment" in jail.

Though the film has been cleared by the film certification board, Sasikala's lawyers objected to the dialogues after Fisheries Minister D Jayakumar reportedly said "There is nothing wrong in the dialogue". Sasikala's lawyer Raja Senthoor Pandian told NDTV, "We had no problems initially, we saw it only as a film. But when the Minister spoke about it and the media reported it, it gave a perception the reference is towards Sasikala. Only after this we told producers to either remove or insert a disclaimer and that we would go to court otherwise."

Kamal Haasan's film Viswaroopam had faced the heat during Jayalalithaa's tenure a few years ago. It was banned from screening despite the film certification board clearing it. Kamal Haasan threatened to leave the country and ultimately the film was shown only after legal intervention.

A film critic who did not want to be quoted said, "Both politicians and the producer do not understand what's freedom of expression. They either kill it or sell it. They who can't respect it or fight for it want to rule people."

Superstar Rajinikanth is expected to launch his political party before assembly elections due in 2021.