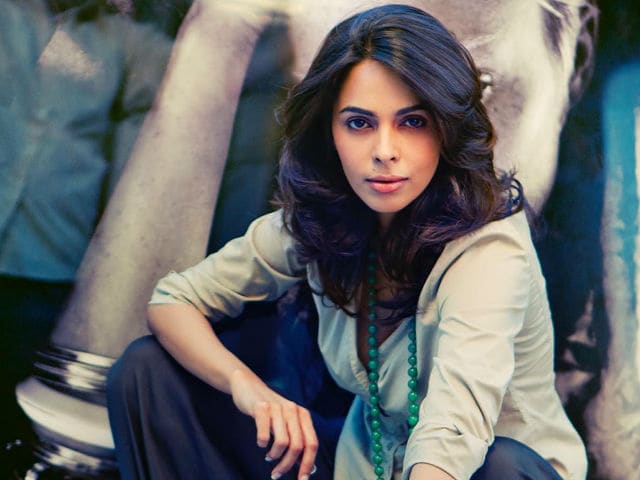 New Delhi: Actress Mallika Sherawat was tear-gassed and beaten up by masked intruders in Paris last weekend, local police told news agency AFP on Thursday. Her Twitter feed, however, offers no confirmation of the reported attack. Mallika, 40, and her French fiancé Cyrille Auxenfans, 45, were allegedly ambushed in the lobby of their apartment block in the 16th arondissement. They told Paris cops that they were gassed and punched in the face by three masked men who tried to snatch the actress' handbag. The attack was first reported by international websites like British tabloid Daily Mail. The apartment block is close to the hotel where reality TV star Kim Kardashian was robbed at gun-point in October. Mallika Sherawat has not confirmed or spoken about being attacked - she has been tweeting as per usual (she tweeted from the Taj Mahal earlier today) and appears to have been in Geneva on November 12, a day after she was assaulted in Paris.

Daily Mail and French publication Le Parisien report that the assailants wore scarves over their faces and 'sprayed their victims with tear gas before punching them.' The attackers then escaped, after which Mallika and Cyrille called emergency services.

The would-be robbers reportedly tried to take Mallika's handbag but fled empty-handed, mystifying investigators. "We cannot understand why the attackers fled without taking anything," a source in the investigation told AFP.

Mallika tweeted the next day about being in Geneva for the weekend.

In #Geneva#Switzerland for the weekend, wanted to share with you one of my favorite places:) #lifestyle#weekendvibes#lareservepic.twitter.com/Y7dMYM7o5p

Since then she's posted several tweets, as she does:

So we are confused - but at least we know she's okay.

A month ago, a gang of masked robbers stole jewellery worth over $10 million from Kim Kardashian.

Mallika Sherawat, who is a regular at the prestigious Cannes Film Festival, 'consciously' divides her time between India and Los Angeles. She also spends much of her time in Paris, other than the annual vivit she makes to Cannes. In 2013, she told Variety that she feels her home country is a "regressive" society and is depressed by the way women are treated.

Promoted
Listen to the latest songs, only on JioSaavn.com
Mallika Sherawat debuted in Bollywood with 2003 film Khwahish and later starred in films like Murder, Pyaar Ke Side Effects, Ugly Aur Pagli and Double Dhamaal.

Her first Hollywood film, Hisss, released in 2009. It was directed by Jennifer Lynch. She later starred opposite Jackie Chan in 2010 project The Myth. Her last film was the Chinese production Time Raiders while her last Bollywood film was Dirty Politics, which released last year.