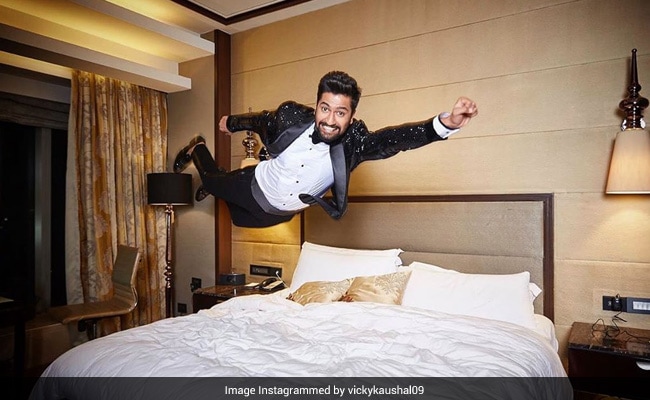 Vicky Kaushal posted a goofy albeit cute picture on his Instagram profile on Monday with a ROFL caption that read: "Ki karaa, petrol khatam hi nahi hunda #3am." However, one particular comment stole the attention and it happens to be from Vicky Kaushal's rumoured ex-girlfriend Malavika Mohanan. The Beyond The Clouds actress commented on the post: "Yaar! Wish we were still neighbours. Good time to play a round (or multiple) of sequence." In mid-2019, Vicky and Malavika were said to be dating. A video (now deleted ) surfaced on social media, in which the Uri actor, accompanied by his brother Sunny, could be seen taking cooking tips from Malavika's mother. 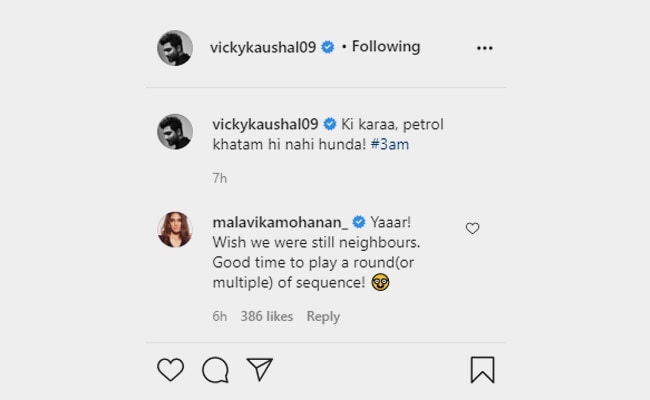 Last year, Vicky shared a video on his Instagram profile, in which he wrote: "Life's a Mani Ratnam film after a wholesome South Indian meal on a Sunday afternoon! Thank You Malavika Mohanan. ICYMI, this is the video we are referring to:

Vicky Kaushal is presently said to be dating Katrina Kaif. Rumours about Vicky Kaushal and Katrina Kaif's romance started doing the rounds after they were spotted at a dinner date, last year in Mumbai. That's not it. Two years back, during an episode of Karan Johar's talk show Koffee With Karan 6, Katrina said that she would "look good with Vicky Kaushal on screen." The Raazi actor appeared to faint when he was told about Katrina's statement during the show.

Malavika Mohanan has been a part of films like Hero, Petta, starring Rajinikanth. The actress also starred in Majid Majidi's Beyond The Clouds opposite Ishaan Khatter.