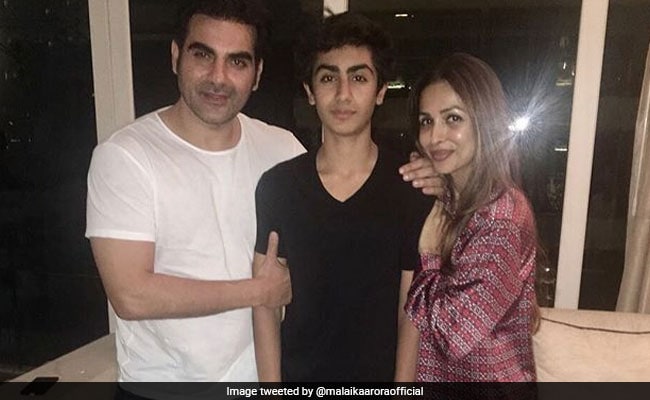 Malaika Arora, on a day far from Throwback Thursday and Flashback Friday, chanced upon a throwback photo of ex-husband Arbaaz Khan and made the best use of it. She added Arbaaz's childhood photo to a collage with one of Arhaan's photos from when he was much younger and the result clearly revealed the uncanny similarity the father-son duo share. "OMG. Arhaan, you are a Xerox copy of your papa," she wrote in her Instagram story on Sunday, also tagging Arbaaz Khan. Malaika and Arbaaz married in 1998 and divorced in 2017 after 19 years of marriage. Arhaan Khan is their only son. 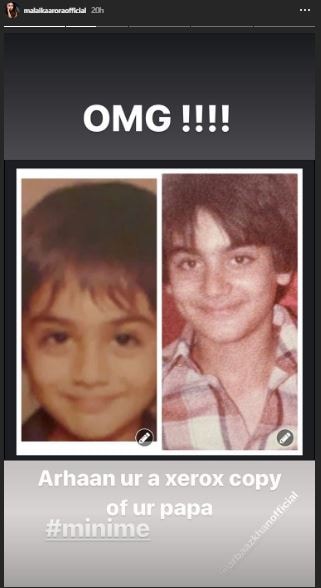 In a recent interview with Zoom TV, Malaika Arora also revealed that having grown up in a Bollywood khandaan, Arhaan is a huge fan of movies but whether he wants to be part of the industry or not, is still uncertain: "He just has an affinity to films. That's because he's grown up in an environment of films. He loves watching films, he likes following films, he likes the whole concept of films but what he wants to do with that, I really don't know. I mean, any of us don't know just yet because he's not sure just yet."

Speaking to Deccan Chronicle in a recent interview, Arbaaz said: "I have a good equation with her side of the family too. So if we could not live amicably under one roof, we decided to lead our lives separately. Our son has kept us bonded, and when he grows up everything will be better." Arbaaz Khan is dating Italian model Giorgia Andriani while Malaika Arora has already introduced Arhaan to Arjun Kapoor, her rumoured boyfriend.