"Most importantly we have a kid together, so there's a respect for each other," said Arbaaz Khan 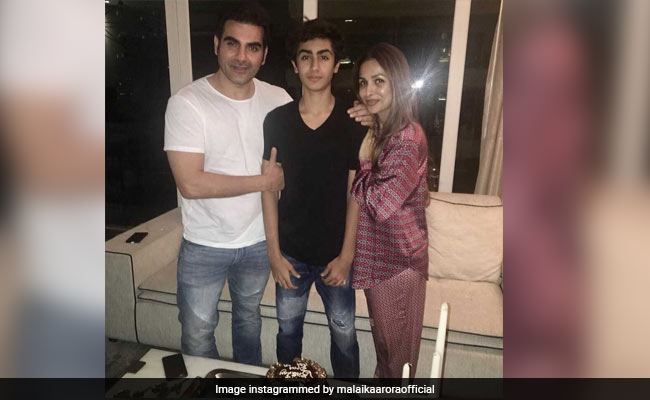 Arbaaz Khan, who was married to Malaika Arora for 19 years, spoke about his current equation with her in a recent interview with Deccan Chronicle, wherein he also talked about how their 16-year-old son Arhaan Khan kept him and Malaika "bonded" post separation. The 51-year-old actor also said that he shares a cordial relationship with Malaika's family members and told Deccan Chronicle: "I have a good equation with her side of the family too. So if we could not live amicably under one roof, we decided to lead our lives separately. Our son has kept us bonded, and when he grows up everything will be better."

Arbaaz Khan, who is currently dating Italian model Giorgia Andriani, said that he and Malaika are "matured individuals" who have a mutual "respect" for each other and their families too."We have been together for so many years, and shared so many memories. Most importantly we have a kid together, so there's a respect for each other. There was something that did not work between us so we got separated. However, this doesn't mean that we will hate each other. We are matured individuals; we are dealing with it with respect and dignity," Arbaaz said.

Meanwhile, Malaika Arora is dating Bollywood actor Arjun Kapoor. The couple reportedly started dating last year and they were frequently spotted together during public events and otherwise. Last month, Malaika made her relationship Instagram official with the Panipat actor on his birthday. She posted a loved-up picture from their New York vacation and she wrote: 'Happy birthday my crazy, insanely funny and amazing Arjun Kapoor... Love and happiness always."

Malaika Arora and Arbaaz Khan divorced in 2017. In terms of work, Arbaaz Khan awaits the release of Sridevi Bungalow, starring Priya Prakash Varrier. He was last seen as a host on the talk show Quick Heal Punch, while Malaika was last seen as one of the judges on the TV reality show India's Got Talent.