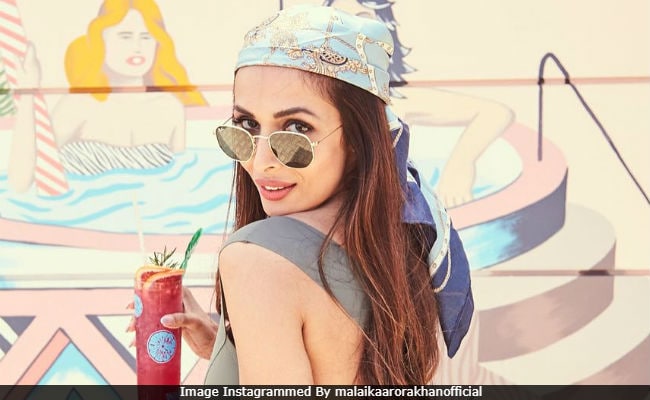 Malaika Arora has often been trolled for her choice of outfit (Image courtesy: malaikaarorakhanofficial)

New Delhi: Have you seen Malaika Arora's fabulous collage on Instagram? Yes, the one in which she poses in a swimsuit on a beach. The collage was posted by Malaika, 44, last Friday and she captioned it as, "Summer loving. Take me back." It indeed is fabulous (we repeat) but the Internet's really bizarre and has its own set of rules. While Malaika's post received likes from celebs like Twinkle Khanna, Farah Khan, Maheep Kapoor, Amrita Arora (her sister) and several others. A section of people slut-shamed Malaika, a mother to 15-year-old son, for wearing a swimsuit and others trolled her for the choice of dresses she opts for. The comments are too vile and are distasteful to reproduce here.

This is the collage which Malaika posted.

Months ago, Malaika was trolled for wearing 'a short dress' and remarks like 'you should cover yourself' was posted on her picture.

Promoted
Listen to the latest songs, only on JioSaavn.com
Malaika has once previously handled the trolls like a boss when she was accused of divorcing Arbaaz Khan for alimony. She was also shamed for her choice of outfit. She gave a blistering response to the troll and wrote, "I do not indulge in such conversation because it's below my dignity, but I just had to because you certainly got to get your damn facts right before spewing shit and slagging me off when you know nothing about me except sit and pass judgement on other people's life. I seriously suggest you find something to do with your time because you clearly have nothing better to do in life." 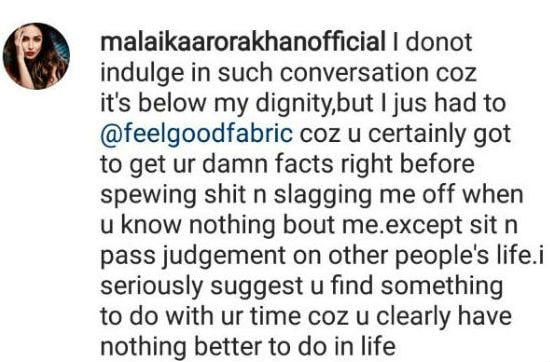 Malaika Arora has featured in several advertisements and co-judged many reality shows. She is best-known for her dance appearances in song sequences like Gur Naalo Ishq Mitha, Chaiyya Chaiyya and Munni Badnam Hui.