Maidaan : Bollywood trade analyst Taran Adarsh shared the statement from the producers of the film on social media 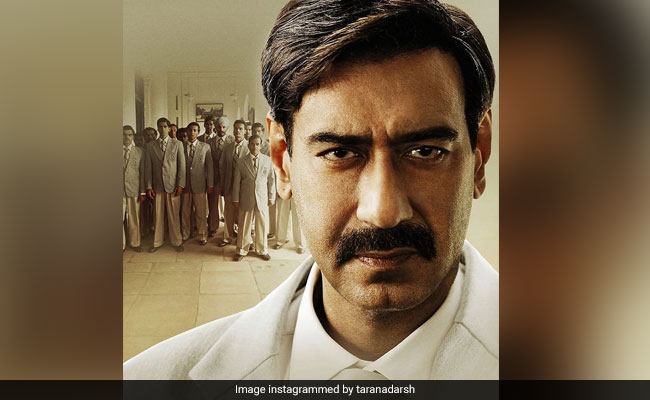 Producers of Ajay Devgn's upcoming sports-drama Maidaan, on Thursday, clarified that there has been "no conversation" to release the film online. This comes after some reports suggested that the makers of Maidaan are contemplating an OTT release for the film. Bollywood trade analyst Taran Adarsh on Thursday shared an official statement from the producers of the sports-drama on social media. In the statement, the producers of the film have clarified that they are not in conversation with any streaming platform for the digital release of the film. "We would like to share that there is currently no conversation with any streaming platform for pay per view release of #Maidaan," the statement from the producers of Maidaan read. Further in the statement, they said that they are presently focused at finishing the shoot of the film. "Our focus, at present, is to complete the film keeping everyone's safety in mind and in full compliance of protocols laid down by the government," the statement read.

Check out the statement from the producers of the film here:

Maidaanis being produced by Boney Kapoor, Arunava Joy Sengupta and Akash Chawla. The shooting of the film has been currently halted due to the COVID-19 pandemic. Moreover, the sets of the film were reportedly damaged after Cyclone Tauktae passed through Mumbai, this week. Times Of India, cited a source close to the production and reported that the stadium, which housed a major part of the film's set, was destroyed.

Directed by Amit Sharma, Maidaanis a biographical sports drama based on the life of football coach Syed Abdul Rahim, who was known as the architect of the Indian football. While Ajay Devgn plays the titular role in the film, actress Priyamani is the female lead. The film is scheduled to release in theatres on October 15 this year.