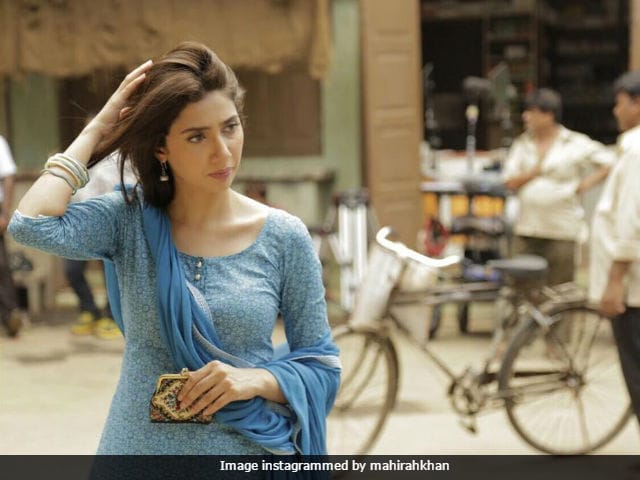 New Delhi: Actress Mahira Khan, who starred in Rahul Dholakia's Raees opposite Shah Rukh Khan, shared a throwback picture from the sets of the movie on Instagram. The 32-year-old Pakistani actress shared the picture from the first day on the sets of Raees. She captioned the image as: "This picture is from the first day on set. Today, two years ago. #Raees(sic)." Mahira Khan made her Bollywood debut with Raees, in which she portrayed the role of Mohsina, love interest of liquor baron, Raees Alam, played by Shah Rukh Khan. Raees was banned in Pakistan as the country's censor board reportedly declared the film as "unfit for public exhibition across the country."

See the picture shared by Mahira Khan below:

This picture is from the first day on set. Today, two years ago. #Raees

In an interview to news agency IANS, Mahira Khan said that it was 'a dream come true' to star opposite Shah Rukh Khan in Raees. "I was nervous as hell. Sometimes I used to wish I wasn't a big Shah Rukh fan. It was scary but it got better, especially after we shot Zaalima. Working with him is a dream come true. Nothing short of that," IANS quoted Mahira Khan as saying.

Promoted
Listen to the latest songs, only on JioSaavn.com
Mahira Khan was unable to promote Raees in India as the tension between India and Pakistan escalated last year. Shah Rukh Khan allegedly assured Mahaharashtra Navnirman Sena chief Raj Thackeray that Mahira would not be part of the film promotions in India.

Despite controversies, Raees was released in January 2017 and the film managed to earn over Rs 2.6 billion worldwide.