The voice over cast of Frozen 2 in Indian languages have some pretty big names including Priyanka and Parineeti Chopra (for Hindi). 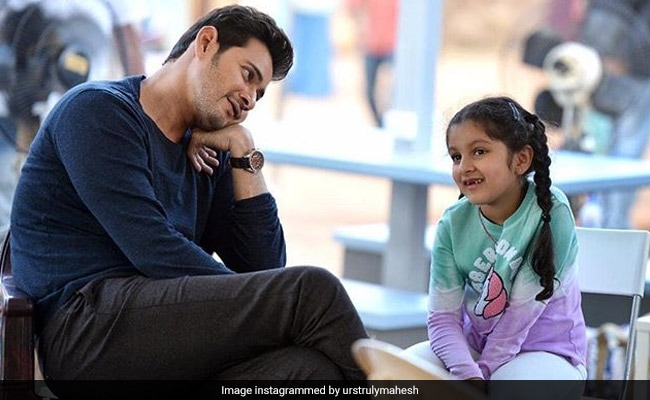 Mahesh Babu's daughter Sitara, all of 7, is all set to make her film debut (of sorts) as she has been roped in to dub for young Elsa in the Telugu version of upcoming Disney film Frozen 2. Trade analyst Taran Adarsh shared the voice over cast update on social media on Monday. He tweeted, "Mahesh Babu and Namrata Shirodkar's 7-year-old daughter Sitara to do voice over for young Elsa in the dubbed Telugu version of Frozen 2." The film is releasing in India on November 22 in English, Hindi, Tamil and Telugu languages. Elsa is the protagonist of the Frozen series, who has incredible power to freeze things around her. The second Frozen film explores Elsa's bond with her sister Anna through an adventure, in which she also discovers about her past and childhood.

#BreakingNews: Mahesh Babu and Namrata's 7-year-old daughter Sitara Ghattamaneni to do voice over for young Elsa in the dubbed #Telugu version of #Frozen2... 22 Nov 2019 release in #English, #Hindi, #Tamil and #Telugu. pic.twitter.com/rDV3RnRyIm

The voice over cast of Frozen 2 in Indian languages have some pretty big names. In Hindi, Priyanka Chopra and her actress cousin Parineeti are dubbing for the characters of Elsa and Anna, respectively while actress Shruti Haasan will be Elsa's voice in the film's Tamil version.

Meanwhile, Mahesh Babu's daughter Sitara is quite a performer and she already has a YouTube channel with her friend Aadya (daughter of filmmaker Vamshi Paidipally and Malini Paidipally), where they explore DIY crafts, painting and games. The YouTube channel, named 'Aadya & Sitara', started in June 2019 and it has over 48 thousand subscribers.

The channel is managed and updated by Namrata Shirodkar with the help of a dedicated digital media team.