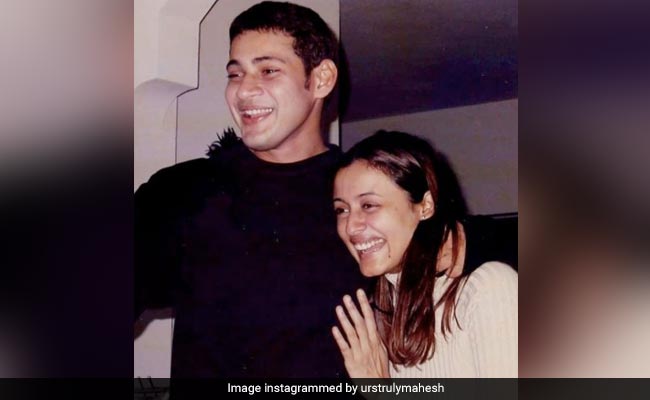 Mahesh Babu, who is one of the most loved Telugu actors in the industry, revealed that he had a crush on actress and now his wife Namrata Shirodkar when he was 26-years-old. The actor recently interacted with his fans through Instagram's "Ask Me A Question" feature, on Sunday night. A fan asked the Maharshi actor if he has a crush on anyone, to which Mahesh replied by tagging his wife Namrata Shirodkar and wrote on his Instagram story: "I did at 26 and then I married her." Mahesh Babu and former Miss India Namrata Shirodkar met on the sets of the Vamsi, which released in the year 2000 (when Mahesh Babu was 25-years-old). Mahesh Babu and Namrata Shirodkar got married in the year 2005. The couple are parents to a son named Gautham (13) and a 7-year-old daughter named Sitara. How cute is that! 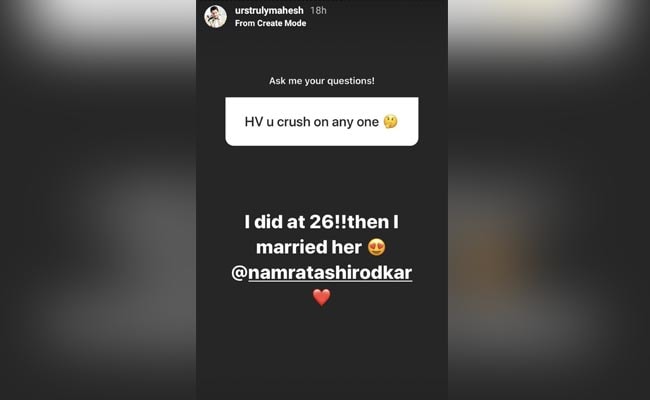 Mahesh Babu and Namrata Shirodkar celebrated their 15th wedding anniversary in February this year. The 44-year-old actor shared an adorable picture with Namrata on Instagram and he wrote: "Happy 15 my love! Love you a little more each day." This is the post we are talking about:

Happy 15 my love!! Love you a little more each day @namratashirodkar

Namrata Shirodkar has featured in films such as Bride And Prejudice, Dil Vil Pyar Vyar, Tehzeeb and LOC Kargil among others.

Mahesh Babu was last seen in the high-octane Telugu action film Sarileru Neekevvaru, which was directed by Anil Ravipudi. Besides Mahesh Babu, the film also featured Vijayashanti, Rashmika Mandanna, Prakash Raj, Ramya Krishna and Rajendra Prasad in pivotal roles. The actor also starred in the 2019 hit Maharshi. The actor has recently signed a film with Baahubali director SS Rajamouli, which will be produced by KL Narayana and it will go on floors in 2022.