'Madhuri Dixit is My Idol, Just Love Her,' Says This Actress 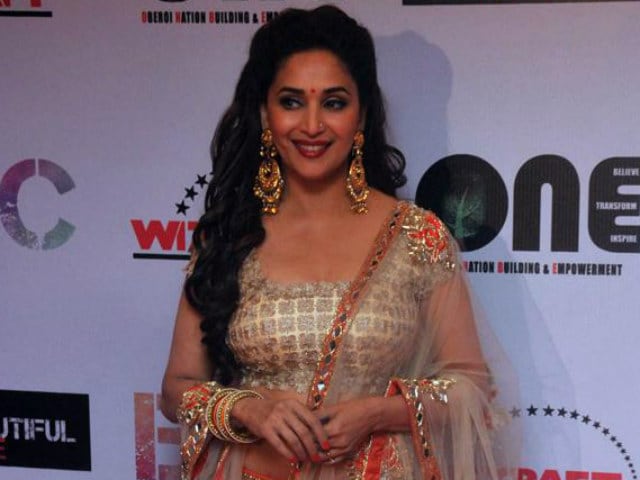 Madhuri Dixit photographed at an event in Mumbai.

"Madhuri Dixit is my idol. She's been my favourite all the time for her dancing skills, her acting, and the charisma that she has," Mandana said during the shooting of her item number for the film B Positive.

Mandana, who is known to be one of the contestants of Bigg Boss 9, is quite excited for the item number.

"It is actually the first time that I'm only doing just a song for the film. It's been a lot of fun and I was surprised by myself because I always thought I'm not a very good dancer. But he (choreographer) made me look really look and I could dance," she said.

The actress said that she never intends to a film as a solo heroine but would like to part of those films that make sense to her.

"In today's time in the industry, it's not a matter of doing a solo film. Look at Udta Punjab. The film has Alia (Bhatt), Kareena (Kapoor). It has the biggest stars in one film. So you can't say, I want to do solo film. I want to be part of movies which make sense to me. If I like the script, I would love to be part of that film," said Mandana.

"You Did It Suhana Khan," Writes Mom Gauri Khan After The Archies Teaser Release