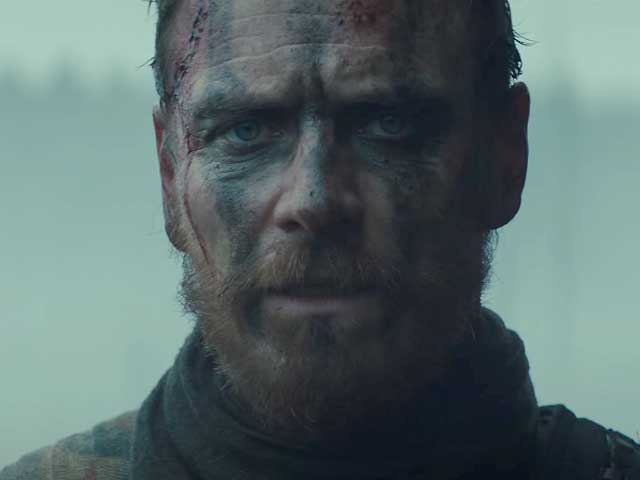 A still from the movie Macbeth.

Los Angeles: The first trailer of the screen adaptation of Shakespeare's play Macbeth, shows actor Michael Fassbender in the titular role, vying to become a king.

The trailer opens with Macbeth, a Scottish lord-turned-traitor, who is obsessed to seize the throne, fighting with other warriors in a battlefield and soon he is seen sneaking up on the king's tent with a dagger.

It continues with the scenes where Macbeth and his wife, played by actress Marion Cotillard, are crowned as king and queen.

According to the official synopsis, "Macbeth is the story of a fearless warrior and inspiring leader brought low by ambition and desire. It offers a thrilling interpretation of the dramatic realities of the times and a reimagining of what wartime must have been like for one of Shakespeare's most famous and compelling characters; a story of all consuming passion and ambition set in war torn 11th Century Scotland."

Macbeth is filmed in the actual Scottish highlands where all of these murders and battles toward the throne are taking place.

Directed by Justin Kurzel, and produced by Iain Canning and Emile Sherman the movie is slated to hit British theatres on October 2.